Realme 2 Pro with Waterdrop notch, dual rear cameras shows up in official video ahead of launch

On the same day as Realme 2 launch, the mobile manufacturer had announced that a Pro variant was on its way. The Realme 2 Pro is scheduled to release next week, as the company has sent out invites for its launch event, scheduled for September 26th and 27th. Today, the company has posted a video captioned “Realme, Proud to be Young” that reveals the design of the upcoming phone.

It can be observed from the video that Realme 2 Pro will have a waterdrop notch, but as the renders suggest, the internals of both the phones will vary significantly.

According to rumors, Realme 2 Pro will have dual rear cameras, rear-mounted fingerprint sensor, and glass-like back with realme logo, similar to the one on Realme 2. Unlike Realme 2, a Diamond-cutting Design with reflective back will not be seen on Realme 2 Pro.

In the video teaser, the upcoming mobile has a matte finish, which will be one of the many design options available on Realme 2 Pro. Other features confirmed in the teaser are the phone’s FullView HD+ display and dual rear camera setup.

Notably, an Octa-Core Snapdragon 6xx processor, possibly Snapdragon 660 or Snapdragon 636 might be present under Realme 2 Pro’s hood. This will be a major upgrade from the Snapdragon 450 housed by Realme 2. The smartphone is also expected to equip 6GB of RAM along with 128GB of internal memory, expandable via microSD card.

As the video confirms, Realme 2 Pro will feature dual rear cameras. This could be backed by AI features like intelligent scene detection, portrait mode, and lots more.

If Realme 2 Pro will employ any Snapdragon 600 series chipset as its processor, modern connectivity features like Wi-Fi 802.11 a/b/g/n/ac dual-band, Bluetooth 5.0 Low Energy, GPS with A-GPS, GLONASS, BeiDou, and Dual 4G VoLTE can be expected on board. Realme 2 Pro is also expected to feature a rear-mounted fingerprint sensor and Face Unlock support as phone’s security aspects.

Since Realme 2 comes with a large 4230mAh capacity battery, we can expect a good battery capacity, similar or better, on its successor Realme 2 Pro. We can also hope for fast charging support on Realme’s next smartphone. As for the software running the phone, Realme 2 Pro will probably put Android 8.1 Oreo-based ColorOS 5.1 version out of the box to use.

Oppo’s sub-brand RealMe has launched their new phone RealMe 2 Pro today at an event in Amity University, Noida. The RealMe 2 Pro is a significant upgrade from RealMe 2 which was released a couple of months ago. It is also the cheapest phone to include a waterdrop notch and the cheapest one to be …

Realme C1 is the cheapest notch-display phone: Price and Specifications

Realme made a surprising launch announcement while unveiling the Realme 2 Pro at a press event. Apart from the power-packed Pro, the company also announced an entry-level smartphone – Realme C1. The new C1 will go up against Xiaomi phones like Redmi 6A and Redmi 6 and will have a design advantage. Also Read: RealMe 2 …

In the last couple of months, Motorola ThinkPhone has made multiple appearances in different leaks and rumors. Finally, the smartphone has been officially confirmed to make its way to the Consumer Electronics Show (CES) 2023. Just ahead of that, the design of the device has been officially teased. The launch of smartphones is going to … 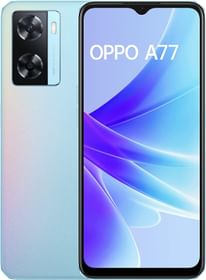