Specifications related to Nokia’s (or should we say HMD Global’s) much awaited flagship smartphone, the Nokia 9, have popped up, which proclaim that the phone would come out parading some pretty high-end features.

Although the handset is yet to be confirmed, it has indeed become quite a rage on the Internet, with smartphone enthusiasts quickly lapping it up.

Cutting to the chase here, the upcoming (possibly) flagship from Nokia is expected to feature 5.5-inch QHD (1440×2560 pixels) OLED display and would, in all probability, be powered by the very latest Snapdragon 835 chipset, meted to an estimated 6GB RAM.

There are talks of the phone booting Android 7.1.2 OS out of the box and pack world beating optics at that.

The phone is said to sport a whopping 22MP dual lens setup on the back, which would come with Carl Zeiss optics, and upfront would have a 12MP one for selfies.

A 3,800mAh battery with fast charging capabilities is being considered to be put into use with this phone, on which will also (again, rumors) contain an iris scanner, too.

The phone is also being said to to be the first ever to come out sporting Nokia’s new OZO spatial technology, which has been designed so as to provide the users with a more accurate distribution of sound from recordings.

In layman terminology, the tech would allow you to record high-quality audio from multiple microphones present in the Nokia 9 (three in this case, a far cry from the two that are normally used).

Judging by what is the talk of the town, the purported Nokia 9 already looks like a winner. Then again, these all are unconfirmed pieces of news.

Apart from all sorts of weird notches, we are surely going to see smartphone makers excessing on cameras next year. Freshly leaked Nokia 9 renders further affirm that HMD Global will release a ‘Penta-camera’ phone early next year. The press image leaked by @evleaks reveal full Nokia 9 Design and clearly show the 5-camera arrangement …

Nokia 9, the ‘upcoming’ flagship smartphone by HMD Global, is back in news again. This time for its specification, which got leaked on the US FCC (Federal Communications Commission) Site ahead of Nokia 9’s expected January launch. According to the source, the Nokia 9, codenamed as Avatar, will be using LG manufactured 5.5-inch full vision OLED panels and … 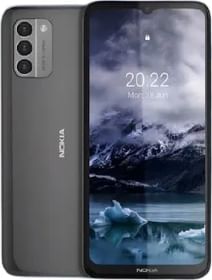