Nokia had a good 2017. It made its much-awaited comeback with the Nokia 6 at the MWC 2017 followed by successive launches of Nokia 3, Nokia 5 and Nokia 8. As we inch towards the first dawn of 2018, the latest rumours apparently making claims of HMDGlobal’s plans to launch the Nokia 6 (2018) early next year.

As per the reports, HMD Global will announce Nokia 6 (2018) alongside its new flagship Nokia 9 in China January 19. This time, the company is reportedly planning to offer far better innards as compared to the predecessor. The second generation Nokia 6 is like employ Qualcomm’s new age mid-range Snapdragon 660 system-on-chip. The phone is likely to make debut in China prior to an international announcement at MWC 2018.

Unlike the first-gen Nokia 6, the new Nokia 6 (2018) might come with Snapdragon 660 octa-core processor. There are already a few Snapdragon 660 powered smartphones in the Chinese market.

As per the leaked packaging of alleged Nokia 6 (2018), the company has marked it as Model no. TA-1054. The phone in all probability will feature 4GB of RAM and 32GB of expandable storage. Going by the current trend, Nokia could also offer an 18:9 aspect ratio Full HD+ display with almost no bezel on the phone. The phone is expected to feature capacitive keys in place of physical buttons. The phone is likely to boast a fingerprint sensor at the back of the device.

The phone is expected to feature are fingerprint sensor alongside the rear camera and LED flash. We expect it to ship running on Android 8.0 Oreo from the very first day.Having said that, the Chinese variant of the Nokia 6 could feature a custom ROM as Google Play services are not available in the country.All this information is tentative and we expect you to take it with a pinch of salt.

Update: The phone was spotted on TENAA (certification site) which further confirms its existence. The latest report says that the phone comes with 18: 9 display but rest of the innards are not confirmed. Some reports are point out that the Nokia 6 (2018) could feature Snapdragon 630 chipset instead of Snapdragon 660 chipset.

Nokia X7 (aka Nokia 7.1 Plus) With Snapdragon 710 Stops By On Geekbench

Over the past few weeks, industry rumor mills were gushing over the possibility of Nokia 7.1 launching in India but instead, HMD Global announced the Nokia 3.1 Plus (review) on October 11. Next on the company’s radar is China where it is hosting a launch event on October 16 where it is rumored to unveil the Nokia X7 which will …

HMD Global’s has launched the first Nokia phone with a punch hole display and a 48MP camera. Apart from an immersive 6.39-inch screen, the Nokia X71 offers mid-range hardware paired with the promise of light and simple Stock Android experience. For now, the Nokia X71 has been officially introduced in Taiwan, but it’s rumored to …

HMD Global today almost literally set the stage on the fire with as many as 5 new phone launches. However, the biggest take away was the announcement of Nokia 7 Plus. It becomes the first Nokia smartphone to flaunt a full vision 18:9 display. HMD Global also announced Nokia 6 (2018) globally alongside the Nokia 7. … 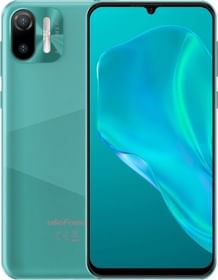