Indian Space Research Organisation (ISRO) successfully blasted off its PSLV-C37 rocket carrying a staggering 104 satellites, thus establishing a new record for launching the most number of satellites in a single go.

The feat won praises from one and all including the Prime Minister of the country, Shri Narendra Modi who lauded the scientists at the helm in a tweet that read:

“This remarkable feat … is yet another proud moment for our space scientific community and the nation. India salutes our scientists, (sic)“

The launch took place at the southern spaceport of Sriharikota at 9:28 IST at a speed of about 27,000 kilometers per hour and ejected all the satellites in a matter of 30 minutes.

The rocket was carrying a 714kg satellite as its main cargo, which is meant for earth observation. Other than that, it contained 103 other nano satellites whose combined weight added to 664kg.

Also Read: OnePlus Brings Out A Cringe-worthy Ad that will make you Squirm

Almost all of the nano satellites aboard the PSLV-C37 rocket were foreign made – 96 from the US and the rest from Israel, Kazakhstan, the Netherlands, Switzerland and the UAE.

The launch placed India atop the standing regarding the maximum number of satellites launched in one go, easily surpassing Russia, which previously held the record after it launched 39 satellites in 2014.

ISRO is renowned for its low-cost space programs and is reportedly toying with the idea of sending missions to different planets, such as Jupiter and Venus, thereby establishing its image as a leading player on the international front.

What is NavIC? Is NavIC better than GPS?

Qualcomm has partnered with ISRO to integrate location tracking based on India’s own navigation system – Navigation with Indian Constellation (NavIC) – on a few of its chipsets. In the first half of 2020, we will have devices in India that, apart from constellations like GPS and GLONASS, use NavIC for location tracking.  Will using … 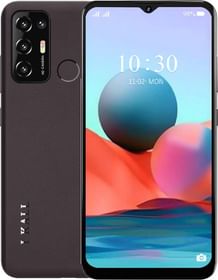