HTC has started off 2017 on a high note by introducing two new smartphones as a part of its latest U series – the U Play and U Ultra. The U Play is a compact smartphone, that can easily fit into your palm and can be termed as a smaller version of the much bigger U Ultra.

The U Play features a 5.2-inch screen, Gorilla Glass protection on both front and back, and a metal frame sandwiched between them. Alongside the U Ultra, the phone is one of the company’s first to feature the Sense Companion, reportedly HTC’s very own AI assistant.

Also Read: HTC’s U Ultra Shines In An All-Glass Design

The U Play is powered by an octa-core MediaTek Helio P10 processor along with 3 to 4GB RAM. Coming in two storage variants of 32GB and 64GB, the phone runs on Android 6.0 Marshmallow.

The U Play features a Hybrid SIM slot along with a front mounted fingerprint scanner and packs a 2,500mAH battery.

Prima facie, optics seem to be the U Play’s strong point. The phone features powerful 16MP front and back cameras having f/2.0 aperture for photography purposes. While the primary camera offers features like Optical Image Stabilization along with PDAF, the one in the front has a 28mm wide-angle lens and offers the choice to switch to the UltraPixel mode.

The phone is likely to start shipping in March and will be available in three colors- Sapphire Blue, Cosmic Black and Cosmetic Pink. As of now, the 64GB variant of the phone is available in Taiwan for US$ 438 (Rs. 29,800).

Samsung Galaxy A50 and A30 Officially Announced: Specs, Features and Availability

Samsung Mobiles, after numerous leaks and rumors, has unveiled its new A-series phones – the Galaxy A50 and Galaxy A30. Out of these two, the former is more premium and first Samsung budget phone to feature an in-display fingerprint sensor. Both these Galaxy A-series phone gets to boast of an Infinity U AMOLED screen and secondary ultra-wide …

HTC’s U Ultra Shines In An All-Glass Design

Taiwanese smartphone maker HTC made an unseasonably early start to the year by announcing its next flagship phone – the U Ultra. The smartphone was announced alongside its smaller counterpart, the U Play, at a keynote, thus kickstarting the company’s latest U series of smartphones. The smartphone features HTC’s very own AI, called the Sense … 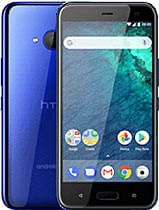 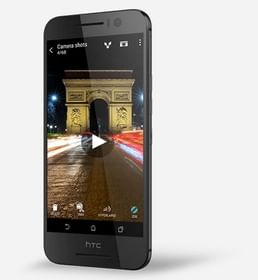