Read More
This Mobile Phone is Out of Stock.
Set an Alert to know when it comes back in stock.
₹8,500
Search 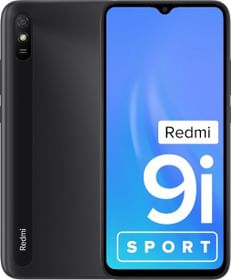 #ExpertReview
By Smartprix • 4 years ago
The Redmi 6 Pro strikes as a compact and trimmed down version of Redmi Note 5 Pro. The primary difference between the two is the chipset used. And, of course, the notch. The Xiaomi isn’t undercutting its rivals this time nor is it offering a cutting-edge chipset before the competition. Like all other affordable Xiaomi Redmi phones, the Redmi 6 Pro feels reliable and simplistic. We would have liked a better design this time, but Xiaomi’s success story is evidence enough that a majority of consumers would rather prefer Xiaomi spends more on better specs and features. Unlike the prices of Redmi 6A and Redmi 6 that are subjected to hike, the price of Redmi 6 Pro should remain put in the coming months.
Read Full Review →
VIEW ALL EXPERT REVIEWS (1) →

4000mah battery is good in 10k price range, but the display is small as compared others. Processor is good.Front cam is not so good,but rear is better.

Good one under 10k price

Pls guys give the suggestions 4 it

Redmoni 6 pro support 5g or not?

Realme is the worst one....Redmi is still alive

Xiaomi Redmi A1 to launch on Sep 6; Specs & Design Teased

Xiaomi is all set to launch a series of Redmi smartphones on September 6. It comprises Redmi A1, Redmi 11 Prime 5G, and Redmi 11 Prime 4G. In fact, there’s a Redmi A1+ in the rumor mills too although take it …

Xiaomi is prepping up to launch the next in the T series with the Xiaomi 12T Pro smartphone. The company is also expected to launch the Redmi Pad and now days ahead of the launch, the first look of both these…