Vivo Y21G price in India starts from ₹10,990. It is available at lowest price on Croma in India as on Dec 09, 2022. Take a look at Vivo Y21G detailed specifications and features. 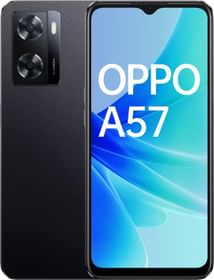 Vivo Y21G is a mid-range smartphone with an impressive set of specs & features like a big 5,000mAh battery supported by an 18W fast charger, a 6.5-inch HD+ touchscreen, a 13MP dual-rear & an 8MP front camera, a fingerprint scanner, and is powered by a MediaTek Helio G70 octa-core chipset with 4GB RAM and 64GB internal storage. Read more about the smartphone down below and see if it is worth buying.

Vivo Y21G brings a 6.5-inch LCD touchscreen with a waterdrop notch. As for viewing, It has an HD+ resolution of 720x1600px and a pixel density of 269ppi. Also, the display has 89% of the screen-to-body ratio for better viewing.

The smartphone carries a dual-rear camera setup on a squarical bump. It has a 13MP primary camera with an aperture of f/2.2 and a 2MP macro camera for capturing close-up shots. Besides, the camera app has features like portrait mode, HDR, super Macro, etc to improve photography. And, the front side of it has an 8MP camera for selfies and video chats.

Vivo Y21G smartphone is powered by a MediaTek Helio G70 chipset with a 2GHz octa-core processor. Also, it is paired with 4GB RAM and an Arm Mali-G52 MC2 GPU for a performance boost. The phone runs on the Android v12 operating system based on FunTouch OS 12 skin on top.

The smartphone is backed by a big 5,000mAh non-removable Li-Po battery under the hood. On top of that, it is supported by an 18W fast charger out of the box that cuts off extra time for charging.

Vivo Y21G comes with 64GB of internal storage capacity for keeping important apps and games. Also, the phone includes a dedicated micro SD card slot that can be used to store extra files.

In terms of connectivity options, it has 4G, VoLTE, dual-band Wi-Fi, Bluetooth 5.0 with up to 10-meters of wireless range, FM Radio, a USB Type-C port, and a 3.5mm audio jack. As for online location tracking, it has GPS with A-GPS, GLONASS, Galileo, and BDS.

What would be the battery capacity of Vivo Y21G?

What would be the price of Vivo Y21G?

When Vivo Y21G is launching?