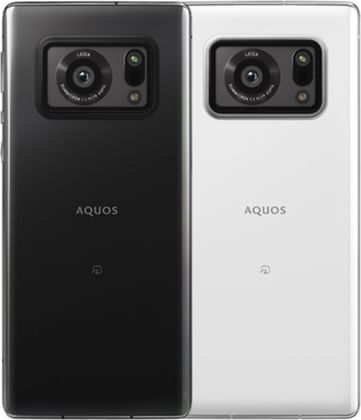 Read More
This is an Upcoming Mobile Phone. Sharp AQUOS R6 is expected to launch soon.
Set an Alert to know when it launches.
₹34,999
Search

Sharp AQUOS R6 is a flagship-grade smartphone from the Japanese phone manufacturer Sharp. As for the specs, the phone offers a 240Hz 6.6-inch punch-hole display, a 20MP single rear camera, and a 16MP selfie snapper. Besides, the phone is powered by a Snapdragon 888 SoC paired with 12GB of RAM and UFS 3.1 storage support. Let’s dive into its details and see how it performs.

Sharp AQUOS R6 comes fitted with a 6.6-inch IGZO OLED curved display with a punch-hole notch. Also, it has a bezel-less screen with an aspect ratio of 19.5:9, which is to say, you get a decent-sized display with a Full HD+ resolution of 1260x2730px including a pixel density of 456 PPI. Besides, you get HDR and Dolby Vision support for a visual treat to the users.

As for the cameras, the smartphone features a huge 1” sensor having a single 20MP rear shooter backed by LEICA camera inc. Also, it has a ToF senor and EIC image stabilization feature. For selfies and video calls, you get a 12MP punch-hole camera with screen flash. As far as the recording is concerned, you can record FHD 1080p videos at @30fps.

Sharp AQUOS R6 is powered by a leading Snapdragon 888 SoC with a 2.8GHz octa-core processor. The chipset has a duo of Kryo 680 CPU on top of Adreno 660 GPU which boosts its performance. Also, the phone has a huge 12GB of RAM which ensures better multitasking. And, it comes with an IPX8 waterproof rating that prevents it from spills and splashes.

As for the battery, AQUOS R6 uses a big 5,000mAh non-removable Li-Po battery with fast charging support. Judging upon the battery size, it can be appealing to heavy users and especially gamers. Also, a full day of power backup is expected on normal usage of the phone.

Sharp AQUOS R6 comes with 128GB of inbuilt UFS 3.1 support which boosts apps/games response time. As for the storage, you get a decent space for keeping your important files. Also, the phone has a dedicated micro SD-card slot for extra storage.

The connectivity options of the phone are 4G, 5G (in-selected markets), VoLTE, Wi-Fi, Bluetooth 5.2, NFC for sharing a small amount of payload, and a USB Type-C port for OTG and charging. For online navigational support, it features Google’s GPS.

Write a Review
4.4
83 ratings
Be the first to write a review
WRITE A REVIEW →

How much is battery capacity of Sharp AQUOS R6?

The battery capacity of Sharp AQUOS R6 is 5000mAh.

What would be the price of Sharp AQUOS R6?

When Sharp AQUOS R6 is launching?

Movie lovers these days have uncountable options to choose where they want to watch their favorite content. One of the websites that are gaining popularity these days is the Tamil Yogi website. One can downlo…

Are you still keeping your Wi-Fi password safe by writing it on a sticky note at your workplace, making a note on your phone, and keeping a screenshot? Technically, you don’t need to do this at all. You can e…