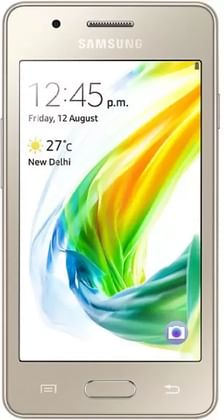 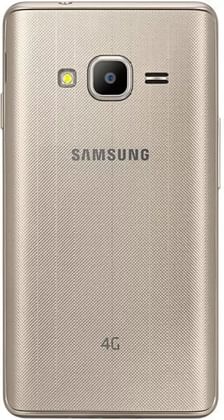 Samsung Tizen Z2 price in India starts from ₹3,599. It was available at lowest price on Amazon in India as on Oct 04, 2022. Take a look at Samsung Tizen Z2 detailed specifications and features.

Read More
This Mobile Phone is Out of Stock.
Set an Alert to know when it comes back in stock.
₹3,599
Search

#ExpertReview
By Smartprix • 6 years ago
Samsung isn’t giving up on its Tizen OS just yet. In an Android and iOS dominated world, the South-Korean giant introduced a very humble entry-level Tizen running handset as an alternate to first time Smartphone users looking for something simpler than Android. The Tizen OS features some handy pre-installed Apps and functionalities like S-bike mode, My Money Transfer App, Ultra Data Saver Mode and several other useful apps. This handset can prove to be a good option for those who are looking for basic smartphone features with a reliable brand name and also for those who prefer to keep a secondary device for regular day to day use. Samsung Z2, in terms of specifications, flaunts a 3.97-inch LCD display with a resolution of 800 x 400 pixels. Under the hood, it is powered by a 1.5 GHz quad-core Spreadtrum chipset teamed with 1GB RAM and 8GB of onboard multimedia storage (expandable via microSD card). The handset houses a 1,500 mAh battery to fuel its components throughout the day. In terms of camera, it sports a 5 MP primary camera with LED flash and a front facing VGA Selfie camera. the handset supports dual SIM cards and connectivity options include 3G, 4G-LTE with VoLTE support, GPS, Wi-Fi 802.11 b/g/n, and Bluetooth 4.0. And this is not all. The Samsung Z2 comes clubbed with valuable Reliance JIO 4G preview offer. That is to say, you can have a free access to unlimited 4G data, unlimited calls, unlimited text messages and JIO suite of Apps for the first three months. So, even if the device specs aren’t enough to coax you to go for it, it has something alongside which is worth a re-think. Its price in India is marked at 4590 INR and you can buy it both from online and offline stores starting from 29th August.
Read Full Review →
VIEW ALL EXPERT REVIEWS (1) →

I updated OS to Tien OS 2.4.0.6 which does not support Android apps. When I will get Tizen OS 3.0 update