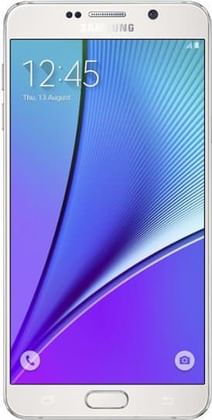 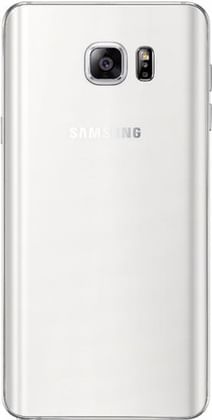 Read More
This Mobile Phone is Out of Stock.
Set an Alert to know when it comes back in stock.
₹29,999
Search

#ExpertReview
By Smartprix • 6 years ago
The Samsung Galaxy Note5 Dual is the best Samsung has to offer. It is essentially the same Note 5 which was launched few months back, but comes with an extra SIM card slot. So if that is precisely what has kept you on the fence thus far, you can proceed further. Samsung Galaxy Note 5 Dual Price in India is 51,400 INR, if you opt for 32GB variant. on the other hand, the lowest price of Samsung Galaxy Note 5 Dual in India is 57,400 INR if you go for the 64GB variant. Talking of specifications, you get a 5.7 Inch QHD 2K Super AMOLED display in a very compact and easily manageable footprint. The most capable chipset from last year, Exynos 7420 is gushing under the hood, aided by 4GB LPDDR4 RAM. Software is Android Lollipop powered TouchWiz, but Marshmallow update can't be far behind. True power however, is manifest in the camera hardware. Samsung has improved leaps and bound with the new S series and Note series camera sensors. You will get a stunning 16MP rear camera with LED Flash, OIS, f/1.9 aperture, 4K(UHD) video recording, complimented by a 5MP selfie snapper. Other notable features include 4G LTE,, Wi-Fi 802.11ac (2X2 MIMO), Bluetooth 4.2 LE, ANT+, NFC, fingerprint sensor, heart rate sensor, and 3000mAh battery (fast charging supported). The battery isn't a major highlight of Note 5, and could have been better, but you will get more mileage than other high end Samsung phones launched last year. The price is a bit on the higher side, but that shouldn't discourage the target audience looking for uncompromising Android experience. The best price of Samsung Galaxy Note 5 Dual in India is expected to be further slashed in coming weeks. You can set an alert to be notified about the Galaxy Note 5 Dual cheapest online price in India.
Read Full Review →
VIEW ALL EXPERT REVIEWS (1) →

Samsung note series is the only android platform that out performs every thing , i have used note 1,2,3,4 and now 5 and i am waiting for 8 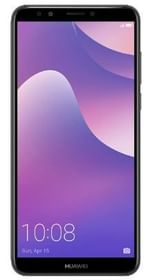