NA
Expert Rating
Very Poor
Based on 2 Reviews
Positive:
0
Mixed:
0
Negative:
0
NA
Smartprix
Samsung Galaxy J2 Price, Review and Specifications
Samsung recently launched the Galaxy J2 (2016) in India as the next iteration of one of its bestselling affordable smartphone. Now, the Galaxy J2 wasn't a spec-monster by any measure, but Samsung still managed to unload a whole bunch of those in the Indian market. The new J2 treads along the same path and tries to take consumer experience to the next level, but still paints itself into a very tight corner as far as specifications go.

The Galaxy J2 has a 5-inch AMOLED display and is powered by 1.5GHz quad-core Spreadtrum chipset backed by 1.5GB RAM and just 8GB of internal memory (3.9GB available for consumers). You can transfer downloaded apps and other media to the MicroSD card storage as well ( up to 32GB).

To make up for the rather modest hardware, Samsung introduces Turbo Speed Technology (TST). According to company claims, this new J series innovation imparts a performance boost of up to 40 percent. Under the umbrage of TST, the size of preloaded apps has been reduced, background activities are restricted and the less frequently used apps are proactively pushed out of RAM to reduce app opening time.

Other features include a 2600 mAh battery (we are getting decent battery back-up), an 8MP rear camera and a 5MP selfie shooter.

Irrespective of what lies beneath, on the outside, the Galaxy J2 (2016) looks refreshing. Samsung has resorted to a new design (a multi-ridge strap with Samsung branding and rounded corners) and its Smart Glow LED notification light ring that runs around the camera further add to the overall aesthetic appeal.

You can program the Smart Glow to light in different colors for different apps or contacts, however in our 1 week of usage it has proved to be more of a design element rather than utility.

The lowest price of Samsung Galaxy J2 (2016) in Indi is 9,750 INR at the time of writing. Users with very basic needs (some browsing, WhatsApp and social media) who are looking for a Samsung branded smartphone can consider the new Galaxy J2 6 as an option.read more →

The back is removable and is very smooth and slippery. As with every J series smartphone, the quality of the removable back panel is rather poor.read more → 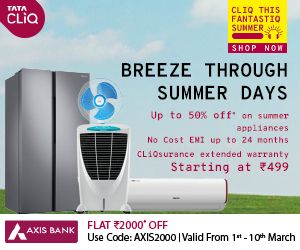