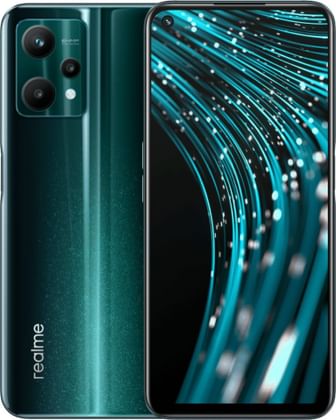 Read More
This is an Upcoming Mobile Phone. Realme V25 5G is expected to launch soon.
Set an Alert to know when it launches.
₹22,990
Search 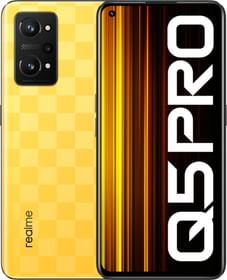 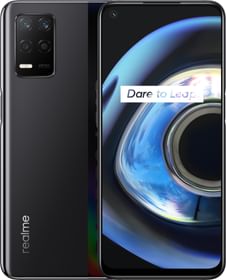 Realme V25 is a mid-range smartphone from Realme V-series. As for the specs and features, the phone is powered by a 5G-ready Snapdragon 695 SoC paired with 12GB of RAM and 256GB of UFS 2.2 storage. Besides, it has a 64MP triple rear camera & a 15MP front camera, a side-fingerprint scanner, a 120Hz 6.6-inch FHD+ display, and is backed by a 5,000mAh battery.

On the optics side, the smartphone features a 64-Mega-Pixel triple rear camera with an LED flash. Also, it has features such as Super Night Scene 4.0, Panoramic, Professional, Time-lapse Photography, Background Blur, HDR, AI Scene Recognition, etc for better imaging. As for selfies, the phone includes a 15MP punch-hole camera with an aperture of f/2.0.

Realme V25 runs on the Android v11 operating system with its custom Reame UI skin on top. The smartphone brings a 5G-ready Snapdragon 695 octa-core processor embedded on a 6nm chipset. It is integrated with ample 12GB of RAM for multitasking while an Adreno 619 GPU takes care of graphics and gaming.

The phone’s battery performance relies on a 5,000mAh Li-Po battery that gets juice from a fast 33W charger out of the box. Deciding upon its capacity, a full day of battery life is expected on normal usage of the phone.

Realme V25 comes with a huge 256GB of inbuilt UFS 2.2 storage that boosts its data transfer speed as well as apps/games launch time. A reminder that it lacks any memory card support which limits its storage capacity.

In terms of connectivity, the phone has 4G, 5G (in-selected markets), VoLTE with Dual stand-by, Wi-Fi, Bluetooth 5.1, and a USB Type-C port for OTG and charging. Note that, it lacks a 3.5mm audio jack. For online navigation, it offers GPS with A-GPS, GLONASS, Galileo, QZSS, and BDS

Write a Review
4.1
103 ratings
Be the first to write a review
WRITE A REVIEW →

What is the display type of Realme V25 5G?

What is the processor of Realme V25 5G?

What would be the battery capacity of Realme V25 5G?

What would be the price of Realme V25 5G?

When Realme V25 5G is launching?

At its forthcoming February 7 Cloud Event, OnePlus will unveil several new devices, including the OnePlus 11 5G, OnePlus Buds Pro 2, its first-ever Keyboard, and the new OnePlus TV 65 Q2 Pro. However, it appe… 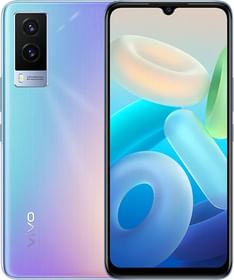 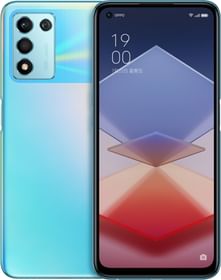