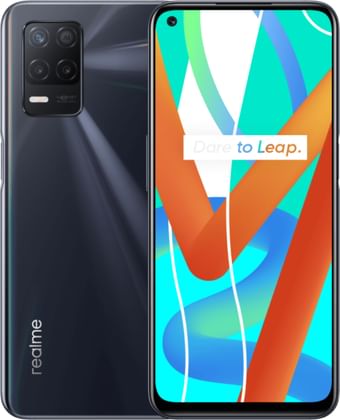 Read More
This is an Upcoming Mobile Phone. Realme V13 is expected to launch soon.
Set an Alert to know when it launches.
₹17,990
Search

Realme V13 is an affordable 5G smartphone with 64MP triple-rear cameras along with 4K video recording support. The phone is powered by a 5G-ready MediaTek Dimensity 800U octa-core processor paired with 6GB of RAM and a Mali-G57 GPU. Realme V13 has UFS2.1 storage support and it brings a 6.5-inch IPS display with a 16MP selfie camera inside the notch. Let’s read more about Realme V13 and see if it matches your preferences.

Realme V13 includes a 6.5-inch IPS screen with a normal 60Hz of refresh rate. Like most of the entry-level phones, it has a thick notch-chin and bezels all around. The phone has around 82% of screen to body ratio with a pixel density of 411PPI. This is a FHD+ display with a resolution of 1080x2400px. Realme V13 comes with an in-display fingerprint sensor and supports face unlock. Judging upon its details, the phone has a compatible display at this budget price bracket.

Realme V13 has a setup of 64MP triple rear cameras supported by an LED flash. The primary 64MP camera is followed by an 8MP ultra-wide camera and a 2MP macro shooter with autofocus. Besides, it has a handful of features like Super Night Scene 4.0, Panoramic, Professional, Time-lapse, Background Blur, HDR, Super Macro, Colorful Mode, Super Text , Portrait Distortion Correction, etc. You may rely on these features to get decent photography. As far as the recording is concerned, Realme V13 records UHD 4K videos @30FPS. On the front side of the phone you see a 16MP camera for selfies, video calls, and face unlock.

Realme V13 is powered by a 5G MediaTek Dimensity 800U chipset. This is an affordable smartphone with a Dimensity 800U chipset. In terms of performance, the chipset offers up to 11% faster CPU and 28% faster GPU performance in comparison to its predecessor Dimensity 700-series. To improve multitasks, it has 6GB of RAM and the graphic demands for needy apps and games is taken care of by a Mali-G57 GPU. You may expect to have a decent gaming experience on default graphic settings.

Realme V13 is backed by a 4,310mAh Li-Po battery and it ships with an 18W fast charger out of the box. The battery size is manageable to support the screen it has, however a big 5,000mAh would draw more buyers.

Realme V13 has a UFS2.1 storage option that boosts read/write speeds and fastens the launch time for the apps and games. You get 64GB of internal storage for storing movies, music, photos, videos, documents, etc. A reminder that it doesn’t have any extra storage slot, this limits its storage options.

Write a Review
4.6
74 ratings
Be the first to write a review
WRITE A REVIEW → 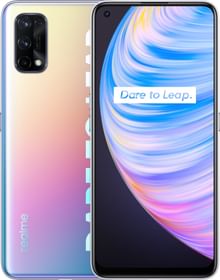