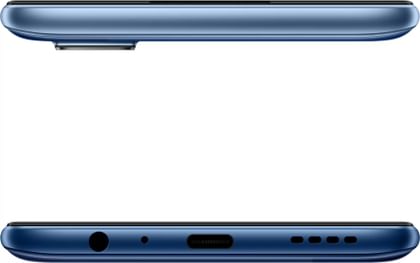 Realme 7 price in India starts from ₹13,990. It is available at lowest price on Amazon in India as on Feb 05, 2023. Take a look at Realme 7 detailed specifications and features.

available at 3 stores →
Price too high? Set an Alert for a price drop.
Realme 7 price in India is ₹13,990. You can buy Realme 7 online on Amazon at lowest price. Realme 7 was last updated on February 5, 2023 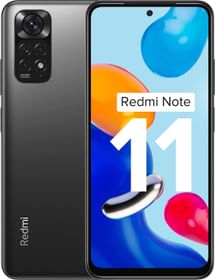 Realme 7 is a budget smartphone with cool features that may attract the youth. The phone brings a 6.5-inch FHD(1080x2400) resolution color IPS LCD multitouch panel with a punch hole notch. For photography, Realme 7 sports a 64MP quad-rear shooters, and a 16MP front camera. Under the hood, the phone is driven by Helio G95 SoC coupled with 6GB of RAM and 64GB of onboard storage. The phone juices up power from a 5,000mAh battery supported by a fast 30W charger out of the box. Let’s read about the Realme 7 in detail and see how it ranks against the existing competitors.

Realme 7 comes fitted with 6.5-inch color IPS LCD multi-touch screen. The display comes with an FHD resolution of 1080x2400pixels that are aligned at a pixel density of 405PPI. The display has an aspect ratio of 20:9 with a punch-hole notch at the top left corner. The phone is fitted with a long display that has fewer bezels around. Hints; more screen for your entertainment.

Realme 7 sports a 64MP quad rear-camera setup to enhance photography. The set up includes a primary 64MP camera followed by an 8MP ultra-wide shooter, a Macro camera of 2MP, and a 2MP depth sensor with autofocus. Features like Digital zoom, Autoflash, Face detection, and touch-to-focus are present to better the camera app. You may expect decent pictures from the camera, but expecting pro like shots may not work. For selfies and video calls, it sports a 16MP shooter in the punch hole notch. As far as the recording is concerned, the rear cam can record UHD 4K videos @30fps.

Realme 7 runs on the Android 10 operating system out of the box. The phone is driven by MediaTek’s Helio G95 chipset with 8-performing cores. For handling the multitasks and graphics performance, it operates Mali- G76 MP4 GPU which is assisted by 6GB RAM. It’s not too much to expect for average multitasking and stable gaming on this phone. Besides the performance, the phone has a side-mounted fingerprint sensor, face unlock accelerometer, gyroscope, proximity, and compass-like sensors to deal with daily tasks.

Realme 7 is backed by a 5,000mAh battery. You may expect a day of power backup from the battery. Also, the phone comes with a fast 30W charger out of the box; which is to say, you may charge the battery in less time.

Realme 7 has 64GB of internal storage capacity for stuffing your favorite apps, games, and other documents. Also, it has an extra card slot that expands the storage up to 256GB. The extra storage slot makes more storage space for more files.

Realme 7 has the usual sets of connectivity options that include 3G, 4G VoLTE that enables HD voice calls and free video calls on supported Jio networks, WiFi, Bluetooth v5.0, USB Type-C port with features like USB On the Go(OTG), and charging. For real-time navigation GPS with A-GPS is supported.

After 7months of use

The phone is good as specs suggests but talking about it's UI it's running on Realme UI 2.0 based on Android 11 Which very clean and smooth but because of their contract with Google for this particular phone they use Google Phone, messaging and more services as their default which sucks sometimes.

I am using this phone from last 15 days... This phone has some + and some negative issues. Camera awesome .., but in zooming not clarity ... and more dots in the picture.. sound clarity is not enough. Noice cansilation mic is nothing in this phone. At first I faced app flickering . Battery is good . Not excellent.

When Realme 7 is launching?

Realme 7 is launched on 3 Sept and available on Flipkart.

What is display type of Realme 7 ?

How much is battery capacity of Realme 7 ?

What is price of Realme 7 ?

If you are looking for a one-of-a-kind rugged smartphone on a budget, Fire-Boltt has a perfect solution. With a price tag of INR 3499, the Fire-Boltt Cobra Rugged Outdoor Smartwatch is a stylish, multi-functi…

The wait of 4 long years is finally coming to an end as Shahrukh Khan returns to cinema screens today with his movie Pathaan hitting the theatres. The movie is directed by Siddharth Anand and co-stars Deepika…