OPPO F11 Pro price in India starts from ₹14,990. It was available at lowest price on Flipkart in India as on Sep 28, 2022. Take a look at OPPO F11 Pro detailed specifications and features.

Read More
This Mobile Phone is Out of Stock.
Set an Alert to know when it comes back in stock.
₹14,990
Search

#ExpertReview
By Smartprix • 3 years ago
It’s literally raining 48-megapixel camera phones these days. In the last couple of weeks itself, three different smartphone makers have launched three 48MP camera phones. The latest one to join the fray is the Oppo F11 Pro and F11. The F11 Pro is made predominantly of polycarbonate and attracts way too many smudges for you to be able to savor the finish without a case cover. The phone, on the right side, features power key, while the volume rocker and sim tray find a place on the left edge. We’d have preferred some sort of texture on the power buttons, but that’s perhaps nitpicking. Even the Oppo branding and “Designed by Oppo” caption run along the middle. As for build quality, the polycarbonate body of the Oppo F11 pro felt solid enough, but don’t get me wrong, it doesn’t really give you a feel of a premium phone. One of the advantages of a pop-up camera is that you won’t have to endure the notch. The Oppo F11 Pro display measures 6.5-inches diagonally with about ninety percent screen-to-body ratio. The phone has slim bezels on the side of the display, though it has a healthy chin at the bottom. The display seemed pretty vibrant. The Oppo F11 Pro ships with an IPS LCD screen, which does appear to be decently calibrated. Though, it just lacks the deep black and vibrancy of an AMOLED panel. Oppo mentions that this full HD screen is protected by Gorilla Glass on top. Oppo’s love affair with MediaTek is still intact. The F11 Pro is a testimony to that. The phone is driven by MediaTek Helio P70 chipset that also featured in the recently launched Realme 3. It ships with 6GB RAM and 64GB internal storage which has become pretty much a standard norm these days. The F11 Pro runs Oppo’s latest Color OS 6.0. The biggest change here is it comes with an app drawer option which is turned on by default. The new version of its custom OS is based on Android Pie. Oppo has also included Pie gestures. Biggest turn off in the Oppo F11 Pro was the amount of bloatware that is present on the phone. I presume Oppo lets users decide which one to keep and which one to uninstall. Oppo during that launch presentation said that its camera expertise is not limited to selfies anymore and Oppo F11 Pro rear camera got due consideration. Well, those claims are yet to be tested. However, the Oppo F11 Pro does opt for seasonal favorite a 48-megapixel rear camera coupled with a 5-megapixel depth sensor. The Oppo F11 Pro packs a massive 4000mAh battery. With the F11 Pro, the Chinese manufacturer has passed on its latest proprietary VOOC 3.0 fast charging which it claims to be 20 percent faster than VOOC. The company further claims that its VOOC 3.0 technology will ensure that users get up to 4 hours of talktime with 5 minutes of charging. The bundled charger is rated to deliver 20W power.
Read Full Review →
VIEW ALL EXPERT REVIEWS (1) →

With the presence of powerful MediaTek P70, popup camera, and 4000mAh battery, I think the smartphone is really amazing at this price...

How much is your budget ?

Oppo f11pro is good or not 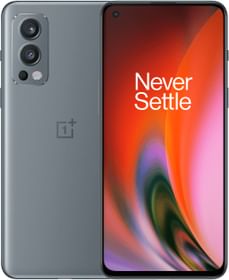