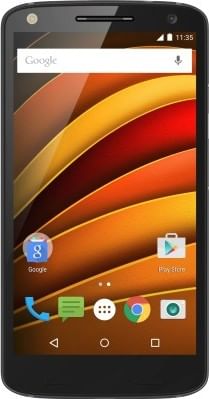 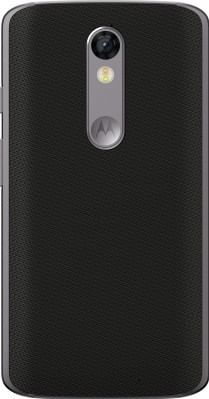 #ExpertReview
By Smartprix • 6 years ago
Lenovo has launched its Moto X Force in India which is renowned for its shatterproof screen. The phone was launched amidst big media frenzy an an event held at the outskirts of Gurgaon on February 1 and will go on sale on February 8. Here’s a quick review of Moto X Force based on its features, specification and price in India. The Lenovo Moto X Force (aka Motorola Droid 2) flaunts a shattershield display which is reinforced by a rigid aluminum core, a flexible AMOLED screen and a dual touch layer. Moto X Force has a 5.4-inch large QHD AMOLED display a resolution of 1440 x 2560 pixels and 540ppi. It has an overall 69.8 percent screen-to-body ratio. Display also wears a water-repellent neon-coting to protect against accidental water splashes. At the heart of it features an octa-core Qualcomm Snapdragon 810 clocked at 2GHz. The phone sports 3GB RAM LPDDR4 RAM and 32GB/ 64GB on-board storage which is expandable up to 2TB via using microSD card. It runs on Android 5.1 Lollipop and like most Moto phone will eventually receive Marshmallow 6.0 update. The phone comes with 3760mAh battery with quick charging support. For photography enthusiast, it features a 21-megapixel rear camera with an f/2.0 aperture and dual-LED flash and Phase Detect Autofocus. Selfie addicts can capture self-portraits from a 5-megapixel front-facing shooter with flash and an f/2.0 aperture. The Motorola Moto X Force online price in India for 32GB variant is Rs. 49,999. Flipkart price for Moto X Force 64GB version is Rs. 53,999. The Moto X Force has a daunting task to compete with likes of Nexus 6P, Samsung Galaxy 6s edge, Apple iPhone and BlackBerry Priv in the segment of flagship smartphones is India. If you are sufficiently clumsy and frustrated by damaged screens, you won't mind the high cost.
Read Full Review →
VIEW ALL EXPERT REVIEWS (2) →

Write a Review
3.7
757 ratings
Be the first to write a review
WRITE A REVIEW →

Tech giant Motorola has recently launched the Moto G53 5G smartphone in China. While the China model of the 5G device is powered by Snapdragon 480+ chipset, it seems the global variant of the same device will…