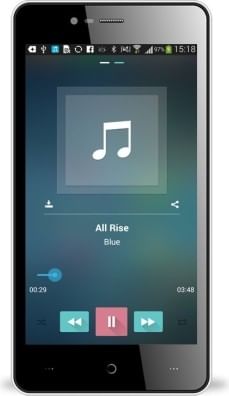 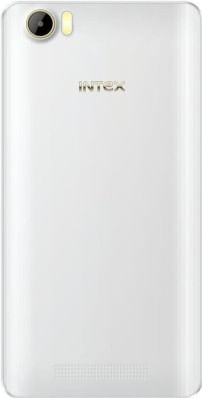 Read More
This Mobile Phone is Out of Stock.
Set an Alert to know when it comes back in stock.
₹5,224
Search

#ExpertReview
By Smartprix • 6 years ago
ntex Aqua Power 2 is a low cost Android phone with a mammoth 4000mAh battery, and thus is an alluring option for those looking forward to buy a new smartphone with large battery backup. Let’s discuss features and specifications for this budget handset. The handset includes a 5 Inch HD display and is future proof with latest Android 5.1 Lollipop OS on board. The chipset employed is 1.3GHz Spredtrum SC7731 quad-core, which was mostly unimpressive in other smartphones (mostly from last year) that we have tested it in. The SoC is further aided by 1GB RAM and 8GB expandable storage options which makes it a decent alternative on paper. Imaging hardware is pretty basic with a 5MP shooter on the rear side and a 2MP front camera for selfies. Other connectivity options include 3G, Bluetooth, WiFi and GPS. Intex has also pre-loaded several apps on the device, which you might or might not find useful. On paper, Intex Aqua Power looks like a decent option for basic users prioritizing battery backup above everything else. Other hardware is not as impressive as some other online exclusives like Xiaomi Redmi 2 Prime are offering for the same budge. All our analysis is based on hardware listed by the company. As of now, you can buy Intex Aqua Power 2 online at lowest price of 6949 on Flipkart.
Read Full Review →
VIEW ALL EXPERT REVIEWS (1) →