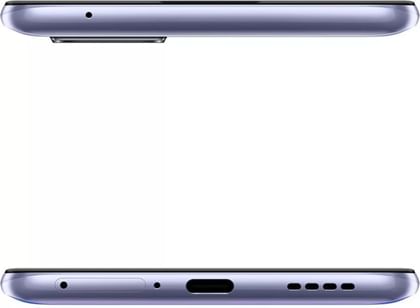 Realme X7 Pro price in India starts from ₹29,999. It is available at lowest price on Flipkart in India as on Jan 28, 2023. Take a look at Realme X7 Pro detailed specifications and features.

available at 2 stores →
Too expensive? Set an Alert for a price drop.
Realme X7 Pro price in India is ₹29,999. You can buy Realme X7 Pro online on Flipkart at lowest price. Realme X7 Pro was last updated on January 28, 2023
Read More

Realme X7 Pro is a mid-range smartphone and is the Pro version of Realme’s X-series lineup. Coming to its configuration, Realme X7 Pro comes fitted with an AMOLED 6.5-inch FullHD resolution 1080x2400px AMOLED display. Under the hood, Realme X7 Pro has MediaTek’s Dimensity1000+ chipset coupled with 8GB of RAM and 128GB UFS2.1 onboard storage. Let’s read Realme X7 Pro details closely and see how it performs against smartphones.

Realme X7 Pro brings a 6.5-inch color AMOLED display with a punch-hole. This multitouch panel has a FullHD resolution of 1080x2400pixels with a pixel density of 402PPI. Biometrics features included are, an in-display fingerprint sensor and face unlock. The screen has a reasonable size for watching and other counterparts, also it has an aspect ratio of 20:9.

Realme X7 Pro has a 64MP quad rear camera set up with an LED flash. This setup is followed by a 64MP primary camera, an 8MP ultra-wide-angle lens, a 2MP macro camera, and a portrait camera of 2MP with autofocus. On the front side, there’s a 32MP camera inside the punch-hole. As far as the recording is concerned, you can record UHD 4K videos @30fps using the rear camera.

Realme X7 Pro is driven by a 7nm process MediaTek Dimensity1000+ SoC with 2.6GHz octa-core processors. The phone runs on Realme UI based on the Android 10 operating system. For handling the heavy apps and games, the phone depends on 8GB of RAM paired with Mali-G77 MC9 GPU. The phone has user-friendly sensors like Light Sensor, Proximity Sensor, Magnetic Induction Sensor, Gyro-meter, Acceleration.

Realme X7 Pro is backed by a 4,500mAh battery under the hood. Based on the size, a full day of power backup on average usage is expected. Also, the phone supports a 65W SuperDart charger support out of the box.

Realme also boasts that the X7 Pro includes a five-fold heat dissipation system, which is composed of a large vapor chamber, copper foils, thin graphite sheets, and several other materials.

As of now 5G networks are not working in India.

How much is Indian price of Realme X7 Pro?

How much is battery capacity of Realme X7?

When Realme X7 Pro is launching?

how much screen refresh rate of realme x7 pro?

Realme India has announced a host of new products for the Indian market. These products include a new budget smartphone, new TWS buds, and a smartwatch. The brand has officially unveiled the C33 smartphone, S… 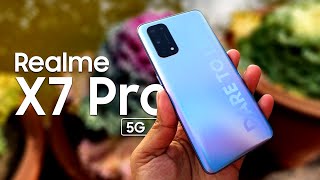