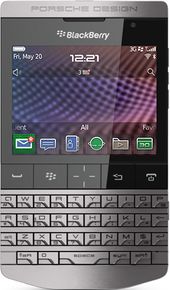 40
Expert Rating
Poor
Based on 3 Reviews
Positive:
0
Mixed:
0
Negative:
1
NA
Engadget
BlackBerry Porsche Design P'9981 review
The P'9981 is little more than a luxury BlackBerry Bold 9900, and will appeal only to a select few.

The P'9981 isn't going to change the world. Yet to the general population, that's exactly what it's expected to do for a whopping $2,350 sticker price. The first Porsche Design smartphone will be a screaming deal to anyone who has way too much money to burn and just happens to crave a "fashionable" BlackBerry. For the rest of us, we see this for what it truly is: a BlackBerry Bold 9900 in a fancy Halloween costume.read more →
NA
CNET Asia
Hands-on: Porsche Design P 9981
read more →
NA
SlashGear
BlackBerry Porsche Design P&#8217;9981 Review
It’s hard to imagine the Porsche Design P’9981 convincing the everyman: its severe styling is too divisive, BlackBerry 7 OS questionable, and general specifications uncompetitive in places. Then again, the everyman isn’t the limited edition BlackBerry’s target audience. Like Vertu and “luxury” editions of other manufacturers’ phones, the appeal of the P’9981 is more about who hasn’t got it than who wants it.

$2,350 is a ridiculous amount of money for a smartphone.read more →
40
TrustedReviews
BlackBerry Porsche Design P&#039;9981 review
The BlackBerry Porsche Design P'9881 is clearly an overpriced fashion handset that does little to truly justify its £1275 price. However, there is a charm to its build and styling that does make it stand out from the crowd. Moreover, the keyboard is superb and there are some nice extras included in the box. Ultimately, though, it’s the BlackBerry part of the partnership that lets it down.read more →