Redmi Go is Xiaomi’s most affordable phone launched in India till date. As the ‘Go’ moniker suggests, the phone has been build in partnership with Google and runs the lighter version of Android (Go Edition) with a lighter set of Go Apps that are supposed to run better on the low-end hardware. (Xiaomi Redmi Go Review हिंदी में पढ़िए)

At a price of Rs. 4,499, Redmi Go falls somewhere close to the lowermost end of the entry grade spectrum. And understandably, this segment is governed and judged by an entirely different set of rules.

It would be unwise to expect much (seriously, how much value can you possibly cram in a $65 phone?) and it would be rather unfair to complain. Heck, this is the one price segment where I’d gladly trade stuff that otherwise matters for the practical experience just to gain as many raw specs (read: storage) as possible.

We were really curious to know how we’d feel handling a 1GB RAM and 8GB storage phone in 2019. Is Android Go really optimized and light enough to pull off a magical win? We tried living with the barebones hardware for a week to better gauge the Android Go experience. Let’s discuss more in our Xiaomi Redmi Go review.

There are no surprises in the Redmi Go Box. Here’s what you get:

The Redmi Go follows a minimalistic design approach. Understandably, it doesn’t conform to modern design trends and is missing 2019 staples like fingerprint sensor, but there still are more than a few things that work in its favor. The Redmi Go is delightfully compact, has a neat polycarbonate back with curved side edges, and has a sharp screen. It’s extremely light and comfortable to handle.

The bezels at the top and bottom are beefy, but they aren’t a complete waste of space. Navigation buttons are capacitive and accommodated on the chin (again, a thing we don’t see very often these days), and the earpiece, selfie camera, etc. are at the top.

Xiaomi also adds a dedicated card slot, and since this is an Android Go phone, you’d be able to transfer parts of Apps to SD card storage.

It’s been a while since we came across a 16:9 display aspect ratio phone, so to us the Redmi Go appears, well, dated. This wasn’t particularly off-putting, though. Given the choice, we’d rather have a higher resolution than a modern aspect ratio screen.

The Redmi Go offers HD resolution, which is to say that the screen is sharper than what you’d get on other analogous Go phones. Other display related aspects bear the brunt of cost-cutting. Colors are off and outdoor visibility isn’t much to write home about.

Since the UI is stock-ish, there is no software based color adjustment, but you may use the blue light filter or ‘Night light’ to reduce eye strain.

With Redmi Go, Xiaomi returns to using Snapdragon 425 after an unsuccessful short fling with MediaTek (Redmi 6A). The Redmi 5A and Redmi 4A were impressive performers in the entry grade segment, but Redmi Go makes do with half the amount of RAM and storage as compared to the base variants of these earlier generation Snapdragon 425 phones from Xiaomi.

Hopefully, the Android Go software will make up for the difference. The software is almost stock Android Oreo (In comparison, the recently launched Nokia 1 Plus comes with Android Pie).

Xiaomi has added its own Mint Launcher and several other apps that you cannot uninstall, and this leaves effectively around 4GB to 5GB storage free at the user end. With such paltry storage, we had to be selective about what apps we kept on the device for the week we used it as our primary phone.

Fortunately, Play store has a dedicated section for Go Apps and many third-party app makers have contributed lite versions. The Go apps are substantially lighter than regular ones

As expected, the Redmi Go isn’t a snappy phone and we did run into performance stutters every now and then, but by and large, things were manageable. After installing mandatory banking, payment, and other apps the Redmi Go didn’t show any noticeable drop in performance.

After using Redmi Go for a week, we’d say the performance exceeded our expectations. This surely isn’t a phone meant for high-end gaming, or even for moderate users, but we estimate that things should be fairly manageable for people with very basic requirements. The price to performance equation is well balanced.

As for photography, the Redmi Go includes an 8MP (f/2.0) rear and a 5MP (f/2.2) selfie snapper. The camera is very basic so we won’t scrutinize image quality as we always do.

Suffice to say, the cameras are much better than what you’d get on regular feature phones, but there is only so much you can expect in terms of camera quality at this price point. The camera samples below should give you an idea.

The Redmi Go is missing a few modern connectivity options like dual-band Wi-Fi and Dual VoLTE (VoLTE works on 1 SIM at a time). Other than that, all basics are covered. The loudspeaker needs to get louder, but we didn’t face any issue with call quality.

With light usage, the 3000mAh battery on Redmi Go lasts really long. Under duress, say when you are streaming a movie on 4G, the battery drops is a bit steep. Still, for the intended usage and target consumers, battery mileage shouldn’t be a problem.

Our Redmi Go shows persistent “SIM 1 is HD Capable” notification, and there is no way to get rid of it without rooting. This is particularly annoying while checking notifications since the screen area is already scanty.

Xiaomi Redmi Go Review: Should you be excited?

As mentioned at the start, the Redmi Go is a basic phone without much to impress or disappoint. But yes, Xiaomi is offering more than what you’d get from any other smartphone under 5K.

With major institutions going digital, Smartphones and the internet are now utilities that people from all stratum just can’t afford to miss. We know a 5K ceiling is a little low to piece together a good phone, but there are millions of prospective buyers who just can’t go beyond. For all such buyers, the Redmi Go should be our top recommendation.

At the launch, Xiaomi mentioned that the Redmi go price “Starts at” Rs 4,499. This gives us a hint that the company could also introduce another higher storage variant soon. So if you are comfortable spending more than 5K, you may as well wait for the higher variant or look into other options.

Over the years, Xiaomi has offered numerous value champions under its Redmi banner. The brand has been consistently raising the bar for both value and features which has ultimately helped it sell millions of Redmi series phones and become the number one smartphone brand in the country.In 2021, Xiaomi’s Redmi vertical has already delivered …

Almost every brand with deep pockets is trying to break Xiaomi’s run in the budget segment. However, the Chinese smartphone isn’t the one to shy away from a contest. With the Redmi Note 7 Pro, Xiaomi declared a war. And after reinstating the Note, Xiaomi is now leveraging the momentum to refresh its affordable phone …

Costly Phone. Coolpad at similar rates has fingerprint too and better camera and full android OS, not like Go version. also nothing much can be done with 1gb of ram. this is useless phone in my view. 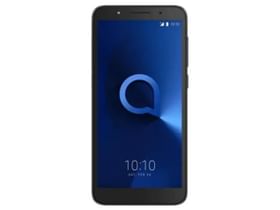