A day ahead of Vivo V9’s India launch, the phone was launched in Thailand and soon will be unveiled in the Phillipines as well. It only confirms the specifications we knew about the device so far. The V9 comes with a notch display, a dual-rear camera setup and a 24-megapixel front camera.

Talking about the specification, the Vivo V9 boasts a 6.3-inch 19:9 FHD+ (2280 x 1080 pixel) display with 90 percent screen-to-body aspect ratio. The fascia of the phone will remind you of iPhone X, irrespective of the fact that the notch on top is slightly smaller and there is a slight amount of bezel on the chin.

Under the hood, the Vivo V9 is powered by Qualcomm 2.2GHz Snapdragon 626 mobile chipset paired with 4GB of RAM and 64GB storage space. The storage is further expandable up to 256GB via dedicated microSD card slot.

Also Read: Deleting Facebook Ain’t an Option; How to Safeguard Your FB Data

For photography, the Vivo V9 features a dual 16-megapixel + 5-megapixel on the back and a 24MP sensor on the front for selfies. The cameras are said to come with Artificial Intelligence Beauty and 4k video recording capability.

The Vivo V9 runs on Android Oreo-based Funtouch OS 4.0 out of the box and packs a 3,260mAh battery. Other notable mention features of the phone include Fingerprint sensor along with Face unlock, AR sticker, dual-SIM, 4G VoLTE, WiFI, and Bluetooth.

Vivo V9 is priced in Thailand at 10,999 Thai Baht (roughly translate to 22,900 INR). The phone is available in two color options: Glod and Black.

Vivo V9 India Price will be announced tomorrow and it is likely that the phone will have same specifications and features. Stay tuned for more updates!

8 Best Document and Photo Scanner apps for Android and iOS

Vivo has launched the new Vivo V9 Pro in India today. This phone is a significant upgrade from Vivo V9 in terms of performance and is one of the most affordable phones with Snapdragon 660. The Vivo V9 pro aims at giving the user powerful performance along with efficiency. Vivo V9 Pro Features Vivo V9 …

Vivo is gearing up to launch a new phone via Amazon and the handset is going to be named Vivo V9 Pro, as is evident from the source code of the teaser page. This will be a high-performance variant of the existing Vivo V9 (Review). This phone is touted to be a combination of powerful …

Vivo has another offering for India. Adding to its budget-category smartphones, the Vivo T1x has arrived officially with key specs such as dual rear cam, FHD+ panel, Android 12 out-of-the-box, and a Snapdragon 680 SoC under the hood. Here’s everything you need to know about the incoming Vivo T1x. Vivo T1x Pricing and Availability Vivo … 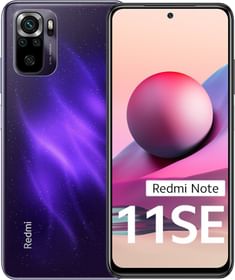