Viewsonic is a well-established name when it comes to projectors. It has a massive presence in educational institutions like schools, colleges, coaching, and others. However, Viewsonic has now turned its attention towards high-end consumers with the launch of X100-4K+ – its first 4K projector. The new projector comes with a full 4K resolution combined with HDR. Unlike most projectors, this one features an LED light source. Is this unconventional approach of using an LED light source effective? Is it really a worthy buying for home?

Well, the ViewSonic X100-4K+ recently landed up on our doorstep for review. After our rigorous testing here is our review.

The first thing that you will notice about the X100-4K+ how big and bulky it is. The projector has curved sides and at back, there are two fans along with several connectivity ports including four HDMI ports, 3.5mm audio in, two USB Type-A ports, 3D VESA, and RJ45. There is also an audio out, S/PDIF, and a 12V trigger. About those fans, they are really really quiet.

On the front, there is a lens with an automatic cover which is something I really appreciate. It opens up when you fire up the projector and retract when you turn it off. Viewsonic has including has Harman Kardon speakers inside so you won’t have to necessarily add more speakers into the mix.

You will find the lens shift knobs and zoom dial at the top underneath a flap. The ViewSonic X100+ 4K offers +/-60% vertical lens shift and +/-25% horizontal lens shift which ensures you can keep it almost anywhere without worrying about anything. The Motorised focus ley you control focus via the remote to ensure you are viewing the sharpest picture possible at all times.

In terms of color options, the X100-4K+ is only offered in black color so no choices there. Overall projectors are not built to woo you with their design and that’s the case with Viewsonic X100-4K+ as well. It has a functional design that is effective.

Setting up the X100-4K+ doesn’t take much time and effort. It boots up quickly and doesn’t take any time to deliver the best results. We were able to fit to fill almost 120-inch wall space from a distance of about 10 to 11 feet. This entire setup process took not more than 5 minutes to complete. However, you would need to make adjustments to color calibration for accurate viewing. The main calibrations issue with X100-4K+ is mid-tones that lean towards a greenish tinge.

It comes loaded with several pictures presets so which you can play and find which suits you the best. Of course, there is an Imaging Science Foundation (ISF) certified calibration tool built-in. We recommend you learn about color calibration before you start fiddling with picture settings.

During our testing, we consumed all sorts of content via this projector. We connected a FireTV Stick 4K and a Google TV Stick. We watched several movies including Marvel’s Black Widow. It delivered rich colors and good contrast levels. During the sports broadcast, we didn’t notice any motion blur.

What about the lifespan?

The X100-4K+ is an LED-based projector so they offer a much longer battery life. Viewsonic claims it would deliver 130,000 hours lifespan, that’s far better than 1,000-5,000 hours or offered by lamp projectors. The Viewsonic projector also delivers a bright output, coming in at 2,900 lumens. That means that the room doesn’t have to be pitch black for a viewable picture.

Projectors aren’t really known for delivering good sound performance. That’s not the case with X100-4K+. It packs dual 20 watt Harman Kardon speakers which are good enough to fill a regular size room. The X100-4K+ delivers a clean sound with decent bass which is good enough to meet the requirements of most people.

Should you buy the Viewsonic X100-4K+ projector?

Tesla opens up its J1772 Supercharger for non-Tesla electric cars

Tesla has launched a home charger for electric vehicles for the North American market. Interestingly, the car charger is developed to charge non-Tesla electric cars. This is believed to be a smart move as there are currently no third-party home chargers from any reputed brand and Tesla can get the benefit to reach a wider … 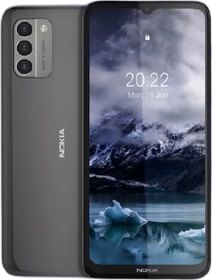