Persistent leaks have been flowing in for the last few months but it was today that finally announced a series of exciting products, including the first foldable phone, the new Galaxy S10 family, Samsung’s first 5G Phone, new Galaxy Camera technology,  and new wearables at its annual launch event.

Though there were very few surprises, here is everything important that Samsung talked about at Unpacked 2019:

It’s no surprise that Samsung started off with Galaxy Fold for the wow factor.

Galaxy Fold Price and Availability: Galaxy Fold will be available in 5G and LTE version starting $1960 from April 26.

Samsung also presented a couple of wearables at the Unpacked this year.

The biggest attraction was, of course, were the new Galaxy flagships phones:

The three phones will start shipping from March 8 (in US).

Samsung’s first 5G phone looks a lot like Galaxy S10+, but there are a few differences.

So, this covers everything important that Samsung announced at its launch event today. We will be back with more S10 related stuff soon. Meanwhile, share what you are most exited about with us.

Samsung Galaxy S10 series has set bars high for 2019 flagships. At the Unpacked event back in February, Samsung also talked about a 5G edition and the same has officially launched in the company’s homeland. The S10 5G doesn’t just feature the next-gen network capability but also packs an improved camera system and a faster 25W …

At Unpacked 2019 Gala, Samsung launched a slew of amazing phones. Of these, the Galaxy Fold and Galaxy S10 5G are definitely groundbreaking but aren’t expected to land in India anytime soon. On the other hand, the Galaxy S10, Galaxy S10+, and the Galaxy S10E are more mainstream and are already official in the country. In … 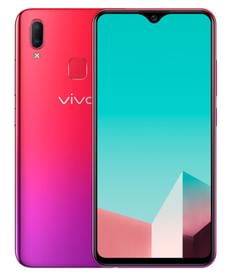