Update: Samsung Galaxy M30 would be launched on February 27 and the sale would start in March. It is expected to be priced around 15000 INR mark.

Samsung Galaxy M30 would be the bigger and better variant of the M-lineup. The tier-1 brand earlier debuted its other two phones, i.e. M20 (Review) and M10(Review) recently in India to much pomp and circumstance in the Indian market. Then a few days back, even the M30’s Camera, Battery and other specifics leaked on the web. This time we have the pricing for the base variant. So, without much Gibble-gabble, this model would start at Rs 14,990.

Contrary to earlier expectation, IANS is tipped by the industry sources that the launch to take place in the first week of next month. So, what does the big brother of the M family has to offer? Let’s see.

On the design front, Samsung Galaxy M30 could resemble their recent launches. This one too could showcase a 6.38-inch Infinity-V AMOLED panel display with a resolution 2210 x1080 pixels (FHD+). Such as larger screen-to-body ratio, narrow chin, and bezels would breathe fresh air to the budget Galaxy lineup. We expect Dragon Trail display protection on M30 as well.

The marvy Infinity-V display, though another name for waterdrop notch is still welcome. A 16MP selfie snapper (f/2.0) could summit the V-cut. At the back, Samsung tries to impress you with a triple rear camera setup. The leaks suggest a 13MP primary camera along with two 5-megapixel sensors (one wide angle and another depth sensor both with f/2.2 aperture).

As rumored, Samsung could disappoint us with Android 8.0 (Oreo) which is old-school now as Android 10 Q is just around the corner. Nevertheless, Exynos 7904 chipset could be the power underneath this software. The phone’s gigantic 5000mAh battery is, however, less likely to disappoint.

We are awaiting our sources for the RAM and Storage values. Going with the calculated guess, it might carry either 4/6 GB of RAM and either 64/128GB of storage. Connectivity choices could include the industrial standards like USB Type-C port, Bluetooth, 4G with VoLTE and much more.

Samsung’s recently found love for Millenials with M-series continues as it has launched its Galaxy M30 in the Indian market. Delighted with the positive response for the Galaxy M20 (review) and Galaxy M10 (review), Samsung is looking to up the ante with the Galaxy M30 in budget-conscious buyers segment. Like the other to M-series phones, …

Samsung launched two of its contenders, Galaxy M10 (Review) and Galaxy M20 (Review) in the budget arena. Now it is going to unveil their ace, i.e. Galaxy M30, to give a good fight to existing occupants. As a higher variant, this one would possess bigger and better specs. So, let’s cut to the chase. Also …

Samsung has recently put a stamp on the fact that the brand will roll out the Samsung Galaxy Book 3 series in India alongside the Galaxy S23 series. The devices will be launched in the Galaxy Unpacked event that is scheduled to be held on February 1st. It is being said that Samsung is planning … 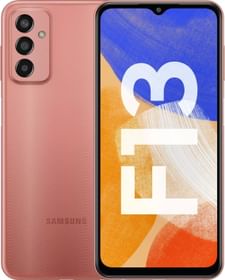