Nokia’s long-rumored budget smartphone, Nokia 2, again surfaced online, and this time on AnTuTu’s benchmark. The listing reveals most of the key-specifications of Nokia 2, codenamed as the TA-1035.

It also substantiates the claim that the upcoming Nokia phone may see the green flag at the HMD Global event in India on Tuesday, October 31, along with expected Nokia 7 that was recently launched in China.

According to the listing, Nokia 2 will feature all the key specification a budget smartphone should have. The phone will be powered by Qualcomm Snapdragon 212 processor, coupled with 1GB of RAM and 8GB of built-in storage. The phone is expected to house a massive 4,000mAh battery.

It has been tipped that the Nokia 2 will be backed by an 8MP rear sensor with LED flash and a 5MP selfie shooter.

The listing did not reveal the display size on the Nokia 2. However, rumors suggest it will likely have a 5-inch HD (1080X720) display, backed by thick bezels. At the software part, the phone will run on the stock-Android Nougat, and likewise other Nokia devices, it will also be upgraded to Android Oreo.

Nokia 2 is going to be a younger sibling in Nokia’s extended family of Android-powered smartphones. And as per earlier reports, the entry-level phone of HMD Global will be priced in India at Rs. 6000.

Since there is no official confirmation by HMD Global on these developments, all the above-mentioned information on Nokia 2 should be taken with a pinch of salt.

Nokia X7 (aka Nokia 7.1 Plus) With Snapdragon 710 Stops By On Geekbench

Over the past few weeks, industry rumor mills were gushing over the possibility of Nokia 7.1 launching in India but instead, HMD Global announced the Nokia 3.1 Plus (review) on October 11. Next on the company’s radar is China where it is hosting a launch event on October 16 where it is rumored to unveil the Nokia X7 which will … 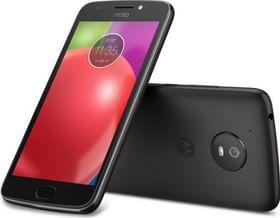