Lenovo doled out as many as three phones, dubbed as Lenovo S5, K5 and K5 Play (aka K5 Lite) in the budget smartphone segment. All the three smartphones aim to offer a full vision display experience and dual-cameras. The launch has been in China, but it is expected that the phones will hit Indian shores soon.

Also Read: MicroLED Display Could Be Apple’s Answer To Samsung and LG’s OLED

In optics, the S5 features a duo of 13-megapixel monochrome and RGB sensors at the back with f/2.0 aperture lens and LED flash. For selfies, it has a 16MP sensor that also doubles up to face unlock.

The Lenovo S5 runs on Android 8.0 Oreo-based ZUI 4.0 out of the box and is aided by 3000mAh non-removable battery. It also has a fingerprint sensor located on the back of the phone.

The Lenovo K5 is powered by a MediaTek MT6750 SoC coupled with up to 4GB RAM and 64GB storage. For photography, it has a dual 13MP and 5MP sensor on the back, and 8MP sensor on the front for selfies.

The Lenovo K5 Play, on the other hand, rock octa-core Snapdragon 425 mobile chipset paired with two configurations: 2GB RAM and 16GB storage and 3GB RAM and 32GB storage. In optics, it has 13MP+2MP dual-rear camera setup on the back and an 8MP sensor on the front for selfies.

Rest of the specifications like the battery – 3000mAh, OS – Android Nougat-based ZUI 3.7, connectivity options – 4G VoLTE, WiFi 802.11 a/b/g/n, Bluetooth 4.0, and GPS, and fingerprint sensor as well as face unlock feature are same on both Lenovo K5 and K5 Play or Lite. 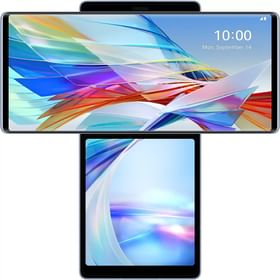