HTC U11 With Touch Sensitive Bezel and 6GB RAM Announced

HTC today launched its “true 2017 flagship”, the U11, that flaunts the same liquid crystal design as its recent U-series predecessors but packs a lot more hardware muscle on the inside.

So, what’s so special about the HTC U 11? well for the starters, the new 2017 flagship comes with squeeze-able touch sensitive side bezels. The touch sensitive bezels let you perform different functions on the basis of how hard or soft you have squeezed the device. These include accessing the camera, taking photos, and summoning Assistant or other assigned apps.

Also Read: Can Micromax Or Other Domestic Manufacturers Make A Comeback?

Apart from this, the HTC U 11 comes with HTC Usonic audio with active noise cancellation. The phone also supports 3D audio recording, Hi-res audio, and Boomsound speakers. It comes with a fingerprint sensor and water resistance as well.

On the specification front, the HTC U11 stands second to none. The HTC U 11 houses a 5.5-inch QHD display with 1440×2560 pixels resolution and Corning Gorilla Glass 5 protection. The phone boasts a Qualcomm Snapdragon 835 SoC, coupled with 4GB/6GB of RAM. The phone be running on Edge Sense UI based on Android 7.1.1.

On the camera front, the HTC U11 features a 12MP (Ultrapixel) rear camera with f/1.7 aperture and autofocus that enjoys the highest DxoMark score of 90. Up front, there is a 16MP front-facing camera with f/2.0 aperture.The phone comes with 64GB and 128GB internal storage options with microSD card support.It is aided by a 3,000mAh battery with Quick Charge 3.0 support.

The HTC U11 will be offered in Amazing Silver, Sapphire Blue, Brilliant Black, Ice White, and Solar Red. The phone costs 749 euro in Europe. As of now, the India pricing and availability details kept under the wrap but it’s expected arrive in India by the last week of May for approx. Rs. 50,000.

Samsung rolls out invites for Galaxy Note 10 Unpacked 2019 event on August 7: What to expect?

Samsung’s next Galaxy flagship is around the corner and the company invites you to its Unpacked 2019 event on August 7. The event will take place in New York and Samsung will also live stream the event via the official Samsung website and also via other social media channels. There is no secrecy here as …

HTC’s squeezable phone, the U11, has officially touched Indian shores. The real highlight of the phone is its Edge Sense technology that allows users to perform certain actions by applying pressure on the side metal frame. HTC U11 is a lot more than just its squeeze feature.The premium device exhibits a liquid crystal design, impressive …

Sharp, which launched its first slim bezel phone way back in 2014, is once again back in the game with its latest offering – Aquos S2. The near bezel-less phone was launched earlier today at an event in China and packs a 5.5-inch display with an impressive 84.95% screen-to-body ratio. Sharp used FFD(Free Form Display) … 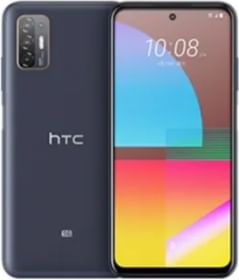