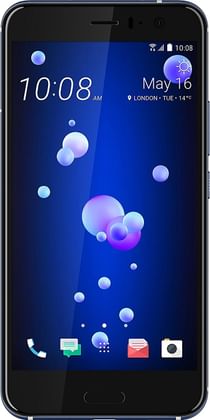 HTC U11 price in India starts from ₹36,990. It was available at lowest price on Amazon in India as on Oct 06, 2022. Take a look at HTC U11 detailed specifications and features.

Read More
This Mobile Phone is Out of Stock.
Set an Alert to know when it comes back in stock.
₹36,990
Search 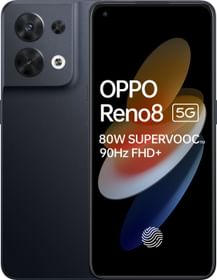 HTC U11 Price, Review, and Specifications

#ExpertReview
By Smartprix • 5 years ago
HTC U11 is "true 2017 flagship" from the troubled Taiwanese smartphone maker that you can also squeeze to interact with. The phone carries the same liquid design that HTC introduced with the recently launched U-series phones but the innards are a lot more enticing. The U11 is 5.5-inch display phone and is powered by the Snapdragon 835 chipset with class leading Adreno 540 GPU handling all of 1440 x 2560 pixels across the screen. The chipset is complemented by 6GB RAM and 128GB storage, and if that still isn't enough you always have the option to trade dual SIM privilege for 2TB of secondary storage space. The start features is Edge Sense Squeeze. The side bezel is pressure sensitive and can detect different levels of squeezes and trigger corresponding actions like opening camera, emails or other preferred apps. This new way of interacting with the phone somehow makes perfect sense, at least in theory. HTC is also mighty serious about the audio experience for its consumers. The U11 supports USonic Audio and the compatible in-box headphones can fine tune music according to the anatomy of your ear. HTC Boomsound is also supported. And the phone has a bunch of microphones for recording directional 3D audio. But alas, there is no audio jack and the phone pumps audio from its USB Type-C port. The 12MP rear camera on HTC U11 enjoys the highest DxoMark score so far. HTC has also added a 16MP selfie camera on the front. Other notable features include water and dust resistant, fingerprint sensor, 4G VoLTE, dual band WiFi, GLONASS, NFC, Bluetooth 4.2, Android Nougat based Sense UI and a 3000mAh battery. The HTC U11 lowest price in India is expected to be around 53,000 INR. HTC is very likely to launch it in India soon.
Read Full Review →
VIEW ALL EXPERT REVIEWS (16) →

Amazing phone, smooth performance and stock Android. Only issue till now is that they have not given Oreo update yet. Build Quality and Software experience is as good as owning a pixel phone.

I am a gadget freak and read lots of reviews before buying a product. I like to experiment by choosing an underrated or unknown phones in the market. I have an IPhone 7 Plus and I bought this for my wife after rigorous research. This is arguably one of the best performing smartphones in the premium segment of 2017. I compared it with my IPhone 7 Plus and it performs flawlessly. It can be called as the IPhone of the Androids. Pros: Good display yet not as contrast as the galaxy series but still a very good one which offers 2k resolution Excellent audio via the earphone along with decent pair of speakers. This is one of the best in this category in the Android ecosystem. Great rear facing camera next to the IPhone 8/X. On par or even better than IPhone 7 Plus and Glaxy S8s/Note. Very good battery life. Easily lasts a day with heavy usage. I didnt expect the battery to perform this well when compared to its capacity. Exceptional performance with good RAM utilisation Good fast charging feature. It charges very quick for the first 15 mins or so and gradually reduces the speed. A 15 minute charge could give around 30% charge. At last an IP67 water resistant phone from HTC. This was one of the vital factor in choosing this mobile. Specs are top notch and can be compared to the likes of any flagships of 2017 Comes with 6 GB with 128 GB ram which is a rarity in a premium flagship Cons: Though the design is eye catchy at the rear. Its Fragile and attracts finger print as it is made of glass. Front camera is average and performs poor in low light condtions Bezels are huge and looks outdated for 2017 where every manufacturer is increasing the screen to body ratio and the focus is more towards producing a 18:9 ratio Didnt find a proper screen protector or tempered glass for this model HTC phones usually have poor service centres, so please be wary of the available service centres in your area No 3.5 mm headphone jack. This could be a deal breaker for some but it doesnt impact me. Resale value could be poor HTC Edge Sense is yet to mature and may not be useful as it describes but nevertheless it is a welcome feature Conclusion: Overall its a solid device if your budget can afford and willing to buy this underrated phone of the year 2017. The pros overweighs the cons and its a beautiful phone which does most of the things exceeding well when compared to other Android phones. I personally think Solar Red could be an interesting colour. However I chose blue and it is decent as well. I got this for a good price during the big billion sale. A good alternative to One Plus 5 (cheaper alternative) or Samsung Galaxy S8 plus/Note 8 (premium price band) based on your preference.