The Pavilion series is generally known for its reliable and powerful laptops targeted at home and office settings. In fact, my first laptop was a Pavilion 15 ab032tx which has aged well over the years. So, when the model under assessment ie, the HP Pavilion Gaming 16-a0030TX landed on my doorstep, I was excited to see how this gaming title holds up.

My test sample (priced at Rs. 110,999*) tots an Intel Core i7-10750H CPU clocked at 2.6GHz (5GHz Turbo), 16GB DDR4 RAM, a 256GB NVMe SSD, a 1TB HDD, and 6GB GTX 1660 Ti Max-Q GPU. This borrows some of those things from the predecessor, which by the by had raked in fair reviews. So, the ingredients are promising for a gaming machine. But, there are some intricacies and nuances, that I’ve noticed upon using it for a few weeks now. I’ll be addressing them in the review. Also, we will see if it’s worth the asking moolah.

Let’s begin with a cursory glance at the complete spec sheet.

Let me preface this by saying looks are subjective. Because for a gaming machine, the Pavilion 16’s design cues might evoke mixed feelings. It has got Shadow Black color without any fancy light elements (perhaps a bit tame for some). Thus, it should blend in really well in most settings.

Color aside, those angular corners and edges do give-away its wild identity. Also, for a 16-inch device, it’s surprisingly compact and weighs only 2.44 kg. In contrast, Lenovo Legion 5i, Dell G3 15, and HP Omen 15 are all brawnier at 5.4 pounds each. So, the Pavilion Gaming 16 shouldn’t be all that heavy to carry around.

The vessel feels sturdy enough. You can lift the bonnet with one hand and thanks to that firm hinge, the display can and will stay put in whichever angle you leave it. It can lean back for an obtuse angle, but not all the way. While kept on a flat surface, there is hardly any ground clearance, as you can see above. But, the exhaust vent is gladly by the back below the hinge.

Now, I like all that, but not their placement. You see the right side USB-A port is crammed in between the ethernet and HDMI slots and isn’t always convenient to access. There is no Thunderbolt support and you can’t charge using USB-C, but it’s alright considering the price, I think.

Wireless options include Bluetooth 5.0 and Wi-Fi 6. I didn’t have any latency or issues of any other kind.

HP has outfitted a 16.1-inch FHD IPS display, which offers a big enough visual expanse. At a standard brightness of 250 nits, you could view it even outdoors. For the naked eyes, the colors look fine. I played a lot of games (more on that later) and enjoyed plenty of movies like Black Panther (RIP Chadwick Boseman), and Spider-Man: Into the Spiderverse on this screen.

So, a regular person wouldn’t have major issues with this display. However, hardcore gamers might not appreciate that it’s just a 60Hz panel. And its 141 PPI and 45% NTSC color coverage might not be very ideal for content creators.

The forehead is home to an HP TrueVision HD webcam (w/o privacy shutter), 2 internal mics, and wireless antennas. The webcam quality is as you’d expect average and something you can get by. The side bezels are pretty narrow.

The chin has an HP logo. Down to which, resides the upward-firing honeycomb-patterned speakers. The speaker output is underwhelming. You can slightly raise loudness by tweaking the B&O equalizer. However, it still remains tinny with no bass. And while watching videos, once or twice, I did notice distortions at high volumes.

Close by the speaker is the power button with LED backlighting. However, since its very slim, you’d still have difficulty finding it in dark environments.

Typing on this full-size, island-style keyboard was fun with ample key travel. For those who appreciate it, there is a numerical keypad. Likewise, some might not like the absence of RGB light, others would be rather indifferent. For what it’s worth, the ghost-white backlight does a bang on job. You can lower the lux level if you want. You can tweak within the BIOS to free Action keys. Otherwise, by default, you have to press the combination of Function (fn) plus Action keys (f1-12) to toggle brightness, volume, and other quick settings.

The touchpad is largely precise and responsive. It does support palm rejection and multi-touch gestures. All that’s cool, but if you have clammy fingers like mine, the pad would act jumpy. And, to not to my fault, it tends to register false clicks sometimes when I lift or move the laptop. Not sure why though.

That’s a pretty souped-up setup, I would say. And so, jazzed-up is the real-world performance. I mean I could easily run 30-40 chrome tabs, cycle between multiple explorer windows, cold boot the system in secs, play games, and never did it disappoint me. Since its a gaming lappy, here are the few ones I tested and their respective fps scores:

And here are its synthetic stats:

Now, although it can lift heavy loads and run big-hitting titles, it all does come at the expense of certain overheads.

The PCMark 8 score is harsher than reality. In my usage, the Pavilion Gaming 16 was tapping out at a 3 and half-hour mark (at full brightness) and 5 hours (at half brightness and battery saver on). Let’s just say, the battery life isn’t its strongest suit. Anyhoo, when it begs for the charge, plug in the supplied 200W adapter and it’ll be back in full health in about 1 hour 36 mins.

When it’s on duty, the laptop’s deck does get slightly warm to touch…towards the right. You’d feel the temperature also by the bottom half of the base, which makes it a touch uncomfortable for the lap. But, overall, it does an amazing job during long intense gaming sessions.

HP has also done a mighty good job of shushing the fan noise. So, points there as well!

As you can see in the above image, the laptop does bring an Omen Center app. I opened it up searching for performance profiles, but sadly, it is barebones and not very useful.

Rest, the device ships with Windows 10 Home Edition, with a set of Microsoft and a few 3rd party bloatware like McAfee, ExpressVPN, LastPass, Wild Tangent Games, Netflix, and Booking.com. You can uninstall them. So no worries.

HP Pavilion Gaming 16 isn’t breaking any grounds or setting any benchmarks. But it’s fairly kitted out and there’s very little not to like here. You get the battle-tested CPU and GPU, bolstered by oodles of RAM and respectable storage at disposal. It can ably handle most things that you throw at it. The port selection is also alright. The glaring omission, however, is the high refresh rate on that display, for it is important for a superior gaming experience. The battery life and speaker output aren’t remarkable either.

Also, there is no denying that if you hunt for them, you may stumble upon, better-configured laptops. But, what I’ve noticed is that online, the laptop models are going in and out of stock in no time. For instance, at the time of writing, I couldn’t find lappies like the Dell G5SE, the MSI GF65, or Asus TUF Gaming A15 in store.

So, here’s what I say. If you like what this Pavilion laptop has to offer, it’s better to act immediately and add this to the basket. Or else, fingers crossed, you may keep an eye for the alternatives.

*Price(s) mentioned are what they were at the time of writing.

HP India has expanded its gaming laptop portfolio by launching Omen 15 and HP Pavilion Gaming 16 in the country. Back in June, HP globally announced both these laptops and now finally they have made it to India. The HP Omen 15 2020 gets a major overhaul in terms of design and innards. It gets … 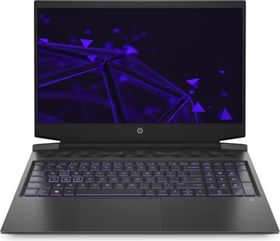 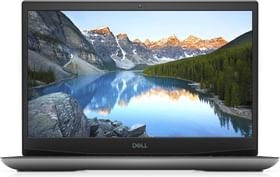 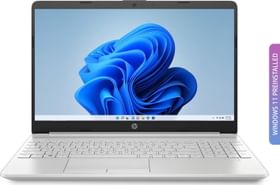 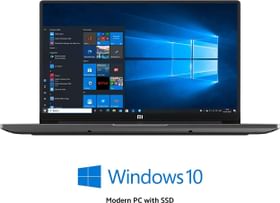 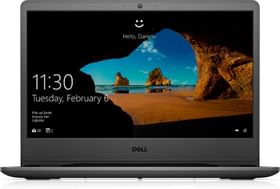 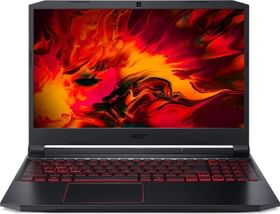 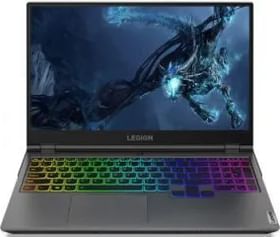