Android Q Beta Goes Live: How to Install, Features and Everything you need to know

Android Q is the tenth version of the Android Operating System which has been officially introduced as Google goes live with beta registration page today. Google has released Android Q Beta 1 for early adopters and a preview SDK for developers. As of now, the beta is only available for the Pixel smartphone owners. All they have to do is enroll their device from here(including the original Pixel and Pixel XL). This is strictly a developer-only preview and buggy for the same reason, which is something our readers should note. So, ordinary android users are not advised to install it.

Every year, Google introduces a new version of its Android OS with some important changes to structural performance as well as visual aesthetics. This year, Google has optimized Android Q catering to advancements like foldable screens, 5G, Wifi 6 as well as bring about new privacy and security features for users.

Having cleared that, let’s see what’s all new in Android Q brings that could enhance user experience within the Android ecosystem.

How to Install Android Q?

You could test it out and send your feedback on Android Q by visiting this link. And if you come across some errors or bugs, drop the information here. There are separate hotlists for filing platform issues, app compatibility issues, and third-party SDK issues too.

Again, we advise only developers with sound knowledge to try it out.

Google officially talked about its Android 10 software at Google I/O, and this year, the Developer Preview is available for a total of 21 phones right now. Apart from all Pixel phones, the new update will be available on 15 other partner devices. Before we get into the full list, let’s talk about some features …

Its been just a few weeks since the first official beta release of Android Q rolled out, and now the second iteration has been announced by Google. The new update introduces revamped iOS like navigation gestures, Facebook chat heads-like bubble notifications, and another step towards foldable future. The company has also paid heed to feedback for …

WhatsApp Polls are now live for iOS as well as Android Users: Read on to know more

The popular messaging application WhatsApp has been rolling out a slew of new features for its users. One more useful feature that has been rolled out is the creation of Polls on WhatsApp. The feature was spotted in the Beta Version back in April but now it has officially rolled out for everyone. Android, as …

Sony has introduced a new Android-powered Walkman NW-ZX707 in the Indian market. The latest audio player comes in the premium segment as it is loaded with top-quality specs. The features include WiFi compatibility, 25 hours of playback time, and much more. Sony Walkman NW-ZX707: Price & Availability The Walkman is priced at Rs. 69,990 in … 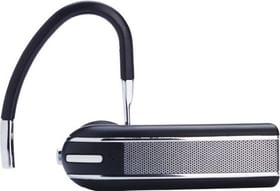