A nearly complete prototype of Google’s next big release surfaced in a video that was posted today. The video detailed a hands-on review of the Google Pixel 3 XL handset along with its accessories. Surprisingly, there was a pair of earphones this time, unlike in its 2017 released predecessor Pixel 2XL, which is some good news.

In the crucial leak for Google Pixel 3 XL, the smartphone was shown being unboxed on social media, giving netizens its first look. Going by Google’s launch pattern for its previous Pixel XL releases, the mobile is expected to go official on 4th of October, this year again.

In a 1.5 minutes long video and handful of pictures that were posted by Slashleaks, the leakster flashed a retail box containing Google Pixel 3 XL handset, a pair of earphones, a USB-C to 3.5mm adapter (presumably for the earphones) cable (USB-C to USB-C), and an adapter (USB-C to USB-A), and a Power Delivery charger. The phone looks rather generic for a flagship device.

Further, the leak gives away specifications like 1440p+ notched display, Snapdragon 845 SoC, 4GB RAM, a single rear camera, and Google’s homegrown Android 9 Pie as features that make the cut for the to-be-announced Google Pixel 3 XL. The notch, however, drew flak for being slightly too broad.

The source that brought forth the video has a good history, with some of the most accurate tech revelations in the past. Therefore, we can expect the real Pixel 3XL to be pretty close to what we saw in the video.

Google Pixel 6 lineup has been making headlines for quite some time and now, an unboxing video has emerged online just hours before the official launch. So, technically different rounds of leaks and claims have briefly introduced much about the upcoming Pixel 6 series devices. Google Pixel 6 and Pixel 6 Pro is scheduled to …

Google Pixel 3 price surfaces ahead of launch, likely to cost Rs. 60,000 in India

Google will soon unveil Pixel 3 and Pixel 3 XL phones at its New York event that will be held on October 9. Prior to its launch, Pixel 3 has been listed on a Chinese website marked at RMB 4999. This roughly translates to slightly above $700, which is Rs 50,000 in terms of Indian … 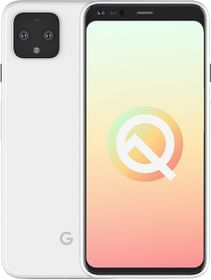