Tesla is in conversation with the Indian government to set up its dealership outlets across different cities in the country. The company is working out to follow the foreign direct investment (FDI) compliances of India. Other important news from EV world is Ola’s intention of bringing its electric car by 2023 under its EV subsidiary.

Tesla and its Retail Outlets

After achieving homologation for its four electric car models, the biggest challenge for Tesla to enter India is complying with the government norms and regulations. Since India’s FDI norms need a company with more than 51% foreign ownership to source at least 30% of the goods it purchases in the country. In order, Tesla is said to be in negotiations with various Indian OEMs to acquire components such as steering wheels and similar small parts.

Currently, India charges a 100% import duty on cars with a CIF value (Cost Insurance and Freight) of more than $40,000. While it imposes a 60% import tax on vehicles at a lower CIF value of $40,000. Tesla chief Elon Musk has expressed his concern about the high import duty and has demanded Indian authority for relief on the same.

The EV unit of Ola has previously introduced its electric scooters in India on August 15 and the new generation scooter has been put on sale now. To take the next giant leap, Ola Electric CEO Bhavish Aggarwal has announced the launch of the Ola electric car. The founder revealed his electric car launch plans in an interview to Fortune India.

The Ola Electric mobility owner said, “Car will be there soon. Right now we’re focused on getting our scooter out but we are working on our car. It’ll be out in 2023.”

India has been seeing a rise in production and sale in the EV market that cumulatively includes two-wheeler, three-wheeler, and electric cars. As of now, the country shares just 0.5% of the international sustainable vehicle market.

The American electric car maker Tesla is putting efforts to get an import duty relaxation from the government before entering India. Elon Musk’s company has dialed PM Narendra Modi’s office with its request for an import tax cut down on electric cars. Tesla’s plan is to import its electric cars to India and sell under …

Tesla, the world’s most valued car marker, has registered its India subsidiary and set up a corporate office in Bengaluru, Karnataka. This new development has happened in the backdrop of Road Transport & Highways minister Nitin Gadkari’s recent announcement of Tesla’s plans to entering the Indian market in early 2021. The subsidiary registered in India …

MG Motor is reportedly to launch MG 4 EV hatchback in India next year. The upcoming electric car is also anticipated to break the cover during Auto Expo 2023 to be held from 12-15 January at Pragati Maidan, New Delhi. The British automaker could also put MG Air City EV on display at the expo …

BYD has recently launched a new electric hatchback known as the 2023 Dolphin with the brand’s Marine Aesthetics design language. The 2023 Dolphin electric car is based on BYD’s e-platform 3.0 and works on the LFP Blade batteries. As per the claims by the company, the new BYD 2023 Dolphin provides acceleration from 0 to … 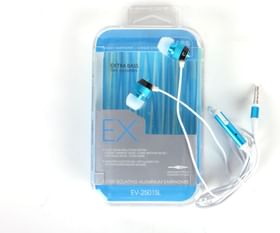 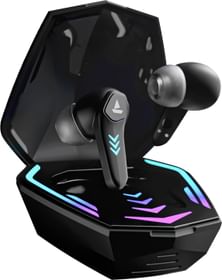