Apple to launch its first Mixed Reality Headset as well as iMac Pro with M1 Pro/Max chipset in 2022: Report

Tech giant Apple had its fair share of high-end product launches this year. We witnessed the chronological upgrades to iPhones, MacBooks, Apple Watch, AirPods. But one of the biggest announcement was the M1 Pro and M1 Max SoCs. Just the other month, MacBook Pros with these new chips were unleashed. Now, we are getting reports that the company is planning to launch iMac Pro with the same chips next year. Not just that, Apple is also said to unveil its long rumored Mixed Reality Headset in 2022.

Here’s what we know about them.

According to the latest newsletter by Bloomberg, Mark Gunman has claimed that Apple is planning to release its pricey Mixed Realtiy device with advanced chips, displays, sensor and avatar-based features as early as next year.

Mixed Reality brings the real and virtual worlds together. In MR, virtual and augmented reality interact in real-time. Apple’s AR-VR Device is said to be priced on a premium side and reportedly aims at the developer community. This means it will cost thousands of dollars.

An earlier report from The Information said that this new headset will work in tandem with iPhone or MacBook pro. The report also claims that the chipset needed for this headset has been developed last year and it will be based on TSMC’s 5nm manufacturing process.

It is being speculated that Apple is planning to reveal this mixed reality headset in a few months, through an in-person event. Meanwhile, Apple analyst Ming-Chi Kuo has said that the company is aiming to release the AR/VR headset by mid-2022, followed by an AR headset in 2025.

Apple is expected to unveil a new line-up of iMac Pro in the first half of 2022. The new iMac Pro would come with the latest Apple chipsets and a new design language too.

Leakster Dylan through his Twitter handle claimed that iMac Pro will be powered by M1 and M1 Max SoCs that were recently launched by the company. The base model of the iMac Pro will have 16GB RAM and 512GB internal storage capacity, which would be upgradable too.

It will have black bezels and the design will be altered to make it look similar to the new 24-inch iMac and the Pro Display XDR. HDMI port will be onboard with an SD card reader and USB Type-C port. Face ID has been tested on the device, but it is yet to be a confirmed spec.

ProMotion technology will be present, which means variable refresh rates on the Mini LED screen. The power brick for the M1 Pro/Max Apple iMac Pro will imitate that of the 2021 iMac by having an Ethernet connection incorporated into it. The new iMac Pro is expected to replace the existing 27-inch version of the AIO desktop computer.

The new iMac Pro will probably launch at an Apple event in March 2022 and the starting price for the same is anticipated to be around 2,000 US dollars.

With the onset of 2023, Apple is gearing up for a slew of product launches. Apple hasn’t officially confirmed the launch roadmap yet, Bloomberg’s Mark Gurman just got the spiciest pieces of information regarding the various products. Apple’s AR-based headset inches closer to launch According to Gurman, Apple’s AR/VR mixed-reality headset is slated to launch …

Apple AR-VR Headset might finally arrive in spring 2023: Read on to know more

Tech giant Apple has already shown off the prototype of the mixed reality headset earlier and now it seems the product is in the final stages of the launch timeline. Reports claim that Apple might launch its AR-VR headset in the fall of this year. It might be launched during the WWDC in June or … 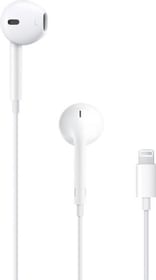