Bluetooth has made the world wireless ever since it was introduced. Gone are the days when you need to deal with cables to ensure a good musical experience. Thanks to advancements in Bluetooth and audio compression codecs you can experience wireless music in almost Lossless quality.

Several audio codecs have emerged in recent times making things complicated. To make things easy for you we have created this guide where we will explain what is Bluetooth codec? Also, explain different Audio codecs that you need to know:

What is a Codec?

Codecs are basically compression technologies that makes it easy data transfer easy. It has two major components, an encoder to compress the files, and a decoder to decompress.

A codec determines how content is transmitted from a source e.g. smartphone tablet or computer via Bluetooth to your headphones. The goal is to transmit a high fidelity signal at the minimum bit rate. Doing this minimizes space and bandwidth requirements for storage and playback. A low bit rate results in greater compression and reduced audio quality and a high bit rate results in less compression and greater audio quality.

These are the terms that will help you understand how audio codecs work and how they are different from each other. Basic codecs are explained below to help you decide how loss-free your connection will be-

The SBC audio codec stands for “Sub-band Codec” and is mandatory and the default codec among all wireless headphones. It is a part of the Advanced Audio Distribution Profile and though it is widely used, the compression causes heavy quality losses.

SBC can achieve a maximum of 345 kilobits per second at 48KHz for wireless connections. SBC was initially designed to obtain passable audio quality at medium bit rates, thus minimizing streaming complexities. Transfer rates are manageable at the expense of data loss, the maximum being 320kbps. This makes it unsuitable for music streaming and because with SBC connection quality can drop more easily, this is a setback too. If a headphone comes with only an SBC codec, then the sound quality is not the best.

If your headphone comes with aptX or aptX HD then you can be sure of better audio quality. This codec was designed by Qualcomm and the name stands for “Audio Processing Technology”.

Both AptX and AptX HD offer latency between 170 and 270 milliseconds, but Qualcomm’s AptX LL standing for Low Latency, achieves low latencies of up to 40 milliseconds. This can be an advantage for gaming headsets and musical instruments.

The big issue however is that Apple does not support this codec. You can use AptX with iPhone but there won’t be any addition to sound quality.

AptX lossless codec was announced by Qualcomm in September 2021, to give lossless audio streams with CD-standard quality. It offers 44.1KHz at 16-bit and is suitable for premium audio streaming services. It needs support in both mobile and headset to function, which started happening in late 2021.

It is a successor to AptX which is not seen in many headphones in the market. The codec is flexible and can switch between the advantages of the various AptX standards. It offers a low latency mode that is suitable for mobile games and movies.

It achieves a high bit rate of 279 kilobits/ second to 420 kilobits/second. The latency is specified at 80 milliseconds and it is backward compatible too.

For further reducing losses when streaming music, look out for the Bluetooth LDAC codec. It was developed by Sony and is found in headphones like Sony WF-1000XM4. It offers a maximum of 990 kilobits per second with a sampling depth of 16-bit at 48KHz.

A large number of devices support this codec. If your headphones are compatible, you can find the HD quality option via LDAC in your phone’s Bluetooth settings. There is no benefit on Apple devices and the default bitrate has to be adjusted by you. LDAC has 3 modes- 990kbps, 660 kbps, and 330 kbps. Most smartphones use 330 kbps LDAC by default and you can change it to whatever you like. These headphones are hard to come by and are accompanied by high price tags.

LHDC is an acronym for low-latency and high-definition audio codec. It is another standard with high bitrates and though in theory, it is available, in practice it is not at all widespread. OnePlus Buds Pro supports LHDC standards and offers better audio in combination with the OnePlus 9 series. The cheaper models like OnePlus Nord 2 do not support this codec so it is limited to the flagship series.

It comes with bit rates of up to 900 kilobits per second in 24-bit definition and a sampling rate of 96KHz., but the standard still isn’t that visible.

AAC stands for Advanced Audio Codec and is a standard codec on iPhones and iPads. It is supported by Android devices and laptops too and with 320 kilobits/ second at 24-bit and 96KHz quality of AAC is very interesting.

The file transfer of AAC is based on psychoacoustic models that consider at the time of compression what people can hear. AAC-supported headphones are a recommendation for iOS device owners. Bose Noise Cancelling Headphones 720 is one of the few which can be purchased.

Bluetooth 5.2 comes with another new audio codec which is still rare. It can maintain higher audio quality at a lower sample rate. LC3 is not widespread and still a dream for audio geeks. It was announced at CES 2020 but it is still a dream.

LC3 will be able to deliver to the deaf and hard of hearing community by expanding Bluetooth functionality: a single source streaming to multiple Bluetooth devices. This means that Bluetooth-enabled hearing aids will be able to stream audio while keeping users aware of their surroundings.

While LDAC offers the choice between three different bit rates, which is great for lowering audio bandwidth in order to maintain audio signal integrity in environments with greater radio noise, you have to do that manually. Samsung’s scalable codec in conjunction with audio expert AKG for the express purpose of enabling variable bit rate streaming for Galaxy Buds.

This codec analyses the airwaves for Wi-Fi interference and automatically adjusts the bit rate from 88kbps to 512kbps to maintain consistent Bluetooth audio playback.

Conclusion: Is there a best audio codec?

If you want to listen to a premium streaming service, with as little loss as possible LDAC is a good choice but this can be enjoyed only on Android devices. The AptX HD is a well-balanced option between distribution and compression, but Apple is left out here too. So codecs are important and have to be kept in mind while deciding which is the best headphone for you.

FAQs about Bluetooth & its Codecs

1. What are Audio Codecs?

Most digital audio formats used in legacy physical media such as CD, SACD, DVD, and Blue-ray are of the uncompressed kind.

2. How does audio compression work?

Audio codecs use a combination of sophisticated algorithms and advanced mathematics to find clever ways of shrinking down uncompressed data. This includes leveraging mathematical formulas to identify data patterns and using the magic of advanced mathematical models to represent the same in a smaller data storage footprint.

3. Why does Bluetooth need Real-Time Codecs?

Both lossy and lossless codecs such as WMA, MP3, Ogg Vorbis, and FLAC originate from an era when music was either downloaded or transferred over physical mediums such as flash drives and compact discs. These lossy codecs had no reason to hold back on complex compression algorithms despite their high processing overheads and encoding/decoding time.

How to check Bluetooth Codecs supported by Android phone and headphones

The wireless earphone segment continues to see a meteoric rise and our smartphones are gradually getting better at handling them. The codecs your phone uses to package audio and send it over wirelessly to your headphones can have a notable impact on audio quality, latency, and battery life. However, It’s not always easy to find …

Gone are the days when if you wanted to stream lossless audio tracks to your phone, you only had one option that was Tidal. Since then, a lot has changed. Audiophiles amongst you have known and are acquainted with lossless music. But it was only recently when tech giant Apple entered the scene that the …

Whether you are a kid or a school, or a college student, Laptop is something that has become the need of the hour ever since Corona Virus forced the learning to go online in the country. Everyone should have a laptop or a desktop to study and interact online. Most of the competitive examinations have … 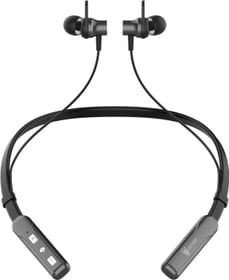