Read More
This is an Upcoming Mobile Phone. Xiaomi Mi 7 is expected to launch soon.
Set an Alert to know when it launches.
₹26,990
Search 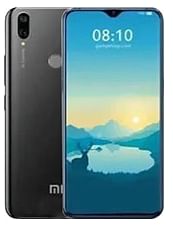 #ExpertReview
By Smartprix • 4 years ago
Xiaomi's Mi 7 was supposed to launch early this year but the company reportedly postponed its launch and went back to drawing board. Xiaomi Mi 7 launch date was allegedly pushed because the company wanted to add an in-display or under display fingerprint sensor and perhaps even a notch. The Mi 7 launch is now expected to happen in April 2018. As for specifications, the Mi 7 is expected to be powered by Snapdragon 845 chipset paired with 8GB RAM and 4480mAh battery. On the software front, the Mi 7 will run Android 8.1 Oreo-based MIUI 9.5. The next Xiaomi flagship will undoubtedly include face unlock, 18:9 display, and dual rear cameras. Rumors suggest that the handset will have a near bezel-less display. This will also be the first Xiaomi phone to include an under display fingerprint sensor and a notch. It's still too soon to talk about Mi 7 price in India or globally. Xiaomi Mi 6 didn't make it to India but since Xiaomi is a big brand in India as of today, we can expect it to bring in Mi 7 soon after its official launch.
Read Full Review →
VIEW ALL EXPERT REVIEWS (1) →

Ok but is not best

Xiaomi Mi 7 is a Average mobile

FM radio Cheap in these range

There is no official information regarding launch of Xiaomi Mi 7.

It is that time of the year again! Yes, the time when Samsung launched its next Flagship S Series via the first Unpacked Event of 2023. Samsung Galaxy S23 Series includes 3 models- Galaxy S23, Galaxy S23+, an…

Poco has launched the Poco X5 Series of smartphones globally. The series includes Poco X5 5G and Poco X5 Pro 5G devices. The brand has brought the Pro model to India as well. It has launched in India today an…