Read More
This Mobile Phone is Out of Stock.
Set an Alert to know when it comes back in stock.
₹5,190
Search

#ExpertReview
By Smartprix • 5 years ago
Panasonic, a Japanese multinational electronic brand, announced another budget smartphone in India. The highlight of the phone is its front camera and the massive non-removable battery. The display on Panasonic Eluga Ray 700 is a 5.50-inch HD (1080 X 1920 pixel) display, surrounded by thick bezels. Under the hood, the phone is powered by 1.3GHz octa-core Mediatek MTK6753 processor, coupled with 3GB RAM and 32GB of onboard storage that can be expanded up to 128GB via a microSD card. As far as the cameras are concerned, the Panasonic Eluga Ray 700 features a 13-megapixel primary camera along with LED flash and High Dynamic Range mode (HDR). Up front, it shoots from 13-megapixel selfie shooter that also comes with an LED and 2.2f aperture. The Panasonic Eluga Ray 700 runs Android 7.0 out of the box and has a fingerprint sensor placed on the convenient side, that is, on the front. The phone also houses a 5000mAh non-removable battery. The connectivity option on the same comprises of dual SIM (GSM and GSM) smartphone that accepts Nano-SIM and Nano-SIM, 4G VoLTE, Wi-Fi, GPS, Bluetooth, USB OTG, and FM. Sensors on the phone include Compass Magnetometer, Proximity sensor, Accelerometer and Ambient light sensor. The Panasonic Eluga Ray 700 best price in India at Rs 9,999, available exclusively on Amazon India. You can also subscribe to Smartprix notification to get all the updates and deals on the Panasonic Eluga Ray 700 smartphone.
Read Full Review →
VIEW ALL EXPERT REVIEWS (1) →

After unlock screen Mobile get down slow... Not receive quick response...

Xiaomi pulled the curtains off from the Redmi Note 11R. The smartphone has made a debut in the Chinese market, but Xiaomi has again opted for the rebranding thing. The device is the rebadged version of the gl…

Oppo has launched a budget smartphone in the country. Oppo A78 5G has been launched in India in direct competition with the recently launched Xiaomi Redmi Note 12 5G. Oppo claims that its newly launched devic… 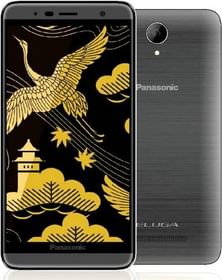