#ExpertReview
By Smartprix • 5 years ago
The Japanese multi-national company, Panasonic, recently announced two new smartphones in India - the Eluga A3 and the Eluga A3 Pro. The company has priced the products at an affordable rate, and both the handset comes clad in a metal body and packs a monstrous 4000mAh battery. Under the hood, the Panasonic Eluga A3 Pro is powered by MediaTek MT6753 Octa-core processor clocked at 1.4GHz. The processor is supported by 3GB of RAM and 32GB of inbuilt storage (the lower variants comes with quad-core processor and 16 GB ROM), which you can expand to up to 128GB via microSD card. Talking about the phone's front, the Panasonic Eluga A3 Pro sports a 5.2-inch full HD display with 1280x720p resolution, surrounded by thick bezels from the top and the bottom. The phone's front has also got a fingerprint sensor, alongside the capacitive buttons. In the camera department, the Panasonic Eluga A3 Pro packs a 13MP primary camera with an LED flash light and autofocus setting. On the front, we have an 8MP shooter for selfies with no flash, which means it will struggle in low light selfies. Connectivity option in Panasonic Eluga A3 Pro includes dual-sim, 4G VoLTE support, WiFi, Bluetooth, GPS, 3.5mm audio jack, micro-USB, and FM. The sensors on the phone include a Proximity sensor, Accelerometer sensor, and Ambient light sensor. The company has priced its Pansonic Eluga A3 handset in India at Rs. 12,490, available across all offline retail stores. To get more updates and deals on the Panasonic Eluga A3 Pro, you can subscribe to Smartprix.
Read Full Review →
VIEW ALL EXPERT REVIEWS (1) →

It is a good phone No heat high sound good clarity 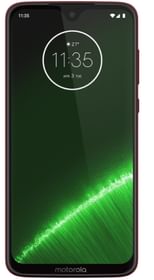