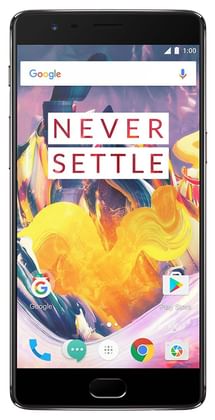 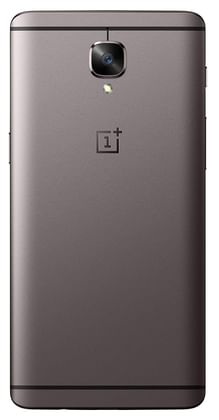 OnePlus 3T price in India starts from ₹15,999. It was available at lowest price on Amazon in India as on Feb 01, 2023. Take a look at OnePlus 3T detailed specifications and features.

Read More
This Mobile Phone is Out of Stock.
Set an Alert to know when it comes back in stock.
₹15,999
Search

#ExpertReview
By Smartprix • 6 years ago
Finally, in its third attempt, OnePlus managed to nail the 'flagship killer' concept with the OP3 which has managed to garner appreciation from the entire tech communities, in spite of all its flaws. With the euphoria of OnePlus 3 success still fresh, the Chinese debutant is reportedly already launched an upgraded flagship, dubbed as the OnePlus 3T. This refreshed variant will replace the Snapdragon 820 with its 'Pro' version, the Snapdragon 821. That, however, doesn't qualify as the major differentiating factor. If has the same Full HD AMOLED display and occupies the same footprint, but manages to house a bigger 4300mAh battery and a beefier (resolution wise) 13MP front camera sensor. Other hardware specs remain same. OnePlus 3T makes for an improvement over the OnePlus 3, and is perhaps the one you should choose consider the difference in price of the base variants. You can buy OnePlus 3T online from Amazon for 29,999 INR (64GB) and 34,999 INR (128GB).
Read Full Review →
VIEW ALL EXPERT REVIEWS (12) →

Best phone I have ever used till after 2 years with regular updates and major android updated.

Best phone I have ever used. (Iphone user)

I have always been an Iphone user, 4, 5 and 6. I swapped my 6 for the OnePlus 3T. I am so happy with the phone, I will never use another Iphone for as long as I live as long as OnePlus keeps bringing out Flagship killers like this. Massive fan!!!!