Read More
This Mobile Phone is Out of Stock.
Set an Alert to know when it comes back in stock.
₹47,800
Search

Nokia Lumia Icon is currently not available in any stores. 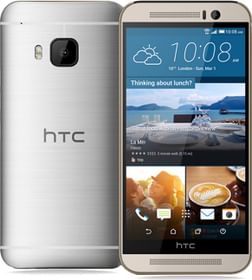 #ExpertReview
By GSM Arena • 8 years ago
With solid build quality, excellent performance and an array of useful free services on tap, the Nokia Lumia Icon may be just a smaller Lumia 1520, but that's enough to make it the best smartphone to run Microsoft's mobile OS hands down. Verizon Wireless was forced to sit on the sidelines, while AT&T was already delivering the phablet, but now its patience has been rewarded by what should be a device with much broader market appeal. And while the market is doing reasonably well to close the gap to the platforms in front, the OS is in dire need of an upgrade. While the GDR3 update went a long way towards making WP competitive by shredding the hardware limitations, it brought virtually no new features, leaving the core functionality the same for over a year and a half now.
Read Full Review →
VIEW ALL EXPERT REVIEWS (3) →

Write a Review
4.7
54 ratings
Be the first to write a review
WRITE A REVIEW →