Nokia 5 price in India starts from ₹5,999. It was available at lowest price on Flipkart in India as on Aug 10, 2022. Take a look at Nokia 5 detailed specifications and features.

#ExpertReview
By Smartprix • 5 years ago
The Nokia 5 is a budget smartphone from the company which is trying to get back to its position of a top player in the smartphone market. Unveiled alongside three other phones at this year's MWC, the phone can be termed as a toned down version of the much in vogue Nokia 6. The Nokia 5 features a 5.2-inch HD display protected by a 2.5D sculpted Corning Gorilla Glass on the top and will boots the latest Android 7.1.1 Nougat OS out of the box. Along with that, the phone features the same processor as the Nokia 6 (Snapdragon 430), coupled with a 2GB RAM. On the optics front, phone features a 13MP camera on the back with features including PDAF, dual-tone flash and f/2.0 aperture, along with a 5MP one on the front that offers pretty much the same features, except for an additional 84-degree field of view. Along with that, the phone packs a 3,000mAh battery and features an in-built storage space of 16GB, which can be turned into a maximum of 128GB upon using a microSD card. Primarily being a budget phone, the Nokia 5 best price in India is expected to be around 13,299INR You can subscribe to Smartprix to get notifications and alerts regarding the upcoming Nokia 5.
Read Full Review →
VIEW ALL EXPERT REVIEWS (4) →

Design good and premium look. But heating problem while charge much more and using time it has some warm heat for some of apps.

RAM a bit low, but still no major lag till now....heats sometimes, mostly during extended periods of charging or gaming... But, all in NOKIA and ANDROID coming together has not been for nothing...this is an awesome phone for the price... 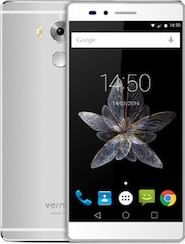 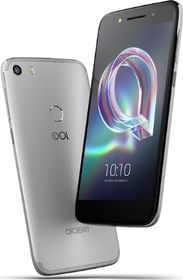