Motorola Moto G71 is an upper-mid-range smartphone with a Snapdragon 695 chipset, 6GB RAM, 128GB internal storage, and an Adreno 619 GPU. The smartphone’s other highlighted features are a 6.4-inch AMOLED screen, a 50MP triple-rear & a 16MP front camera, a rear fingerprint scanner, a Type-C port, and a big 5,000mAh battery alongside a 33W charger. Read here the full details of the Moto G71 smartphone and see if it matches your preferences.

The smartphone carries a 6.4-inch AMOLED panel with narrow bezels and a punch-hole notch. As for viewing, you get an FHD+ screen with a pixel density of 411 PPI and 83% of the screen-to-body ratio.

The backside of the Motorola Moto G71 has a 50MP triple camera with an LED flash. The main camera is followed by an 8MP ultra-wide sensor and a 2MP macro camera with autofocus. As far as the selfies are concerned, you get a 16MP punch-hole camera. Besides, the main rear camera can record FHD 1080p videos @30fps.

The smartphone gets driven by a 5G-ready Snapdragon 695 octa-core processor embedded on a 6nm chipset. As for better gaming and multitasking performance, you get a duo of 6GB RAM and an Adreno 619 GPU. Besides, the phone runs on the Android v11 operating system out of the box. Biometrics features included are a rear fingerprint scanner and face unlock support.

Moto G71 smartphone features a big 5,000mAh Li-Po battery under the hood. As for fast charging, you get a 30W charger that delivers 50% of the charge in just 30-minutes, Moto claims. Judging upon the size of the battery, a full day of power backup is expected on normal usage.

The smartphone comes with a huge 128GB of internal storage space for keeping your favorite apps, games, photos, videos, etc. A reminder that the phone lacks an SD card slot which restricts you from saving extra files.

In terms of connectivity options, Motorola Moto G71 has 4G, VoLTE with dual-standby, Wi-Fi, Bluetooth 5.0, a 3.5mm audio jack, and a USB Type-C port. As for online location tracking, you get GPS with A-GPS, GLONASS, and Galileo. 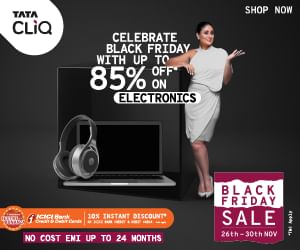