Lava Z66 price in India starts from ₹7,749. It is available at lowest price on Flipkart in India as on Aug 13, 2022. Take a look at Lava Z66 detailed specifications and features.

Lava Z66 is an entry-level smartphone from the Indian smartphone company Lava. The phone supports dual sim with 4G VoLTE connectivity. Lava Z66 has a 6-inch color IPS HD+display. Under the hood, a 1.6GHz Octa-core processor coupled with 2GB of RAM drives the smartphone. For the camera performance, you get a set up of 13MP dual camera support and a 13MP front-facing camera. The phone is backed by an average 3950mAh battery underneath. Let’s read more about Lava Z66 in detail and see how it performs against the existing competitors like Infinix and Realme.

Lava Z66 comes fitted with a tall 6-inch multitouch display. The panel is backed by 2.5D glass with an HD+ resolution of 720x1560 with a pixel density of 283PPI. The aspect ratio of the phone is 19:9 which is pocket-friendly as well as handy. Also, the display has an average pixel alignment that might produce little fuzzy texts. Like most of the entry-levels, the display has thick bezels at the bottom and the top.

Lava Z66 has a 13MP dual rear camera support with an LED flash. The 13MP main camera is followed by a 5MP camera. It supports autofocus along with other features such as Face detection, Touch to focus, 4x Zoom, Beauty Mode, HDR Mode, Burst Mode, Panorama, Night, Time Lapse, Slow Motion, Lava Z66 has improved the selfie camera, there’s a 13MP front camera that helps in capturing selfies and video calls. As far as the video recording is concerned, you can record FHD 1080p videos @30fps.

Lava Z66 is powered by a Unisoc chipset with 1.6GHz octa-core processors. It runs on Android 9(Pie). For background and other counterparts, the phone depends on 3GB of RAM whereas GPU takes care of the graphic demands. The average amount of RAM may results in lag if you try higher graphic applications or games. Lava Z66 has a rear-mounted fingerprint sensor and supports face unlock.

Lava Z66 has improved battery size that houses a 3950mAh battery. The phone doesn’t support any fast charge connection though. Depending upon the battery capacity, you may expect a day of power backup on average usage.

Lava Z66 has 32GB of internal storage capacity. Also, the phone has an extra-card slot that expands the storage up to 128GB that makes extra space for Movies, Music, Photos, Documents, etc.

Whether it supports Airtel Vo-LTE. 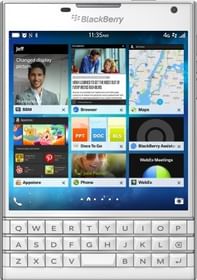