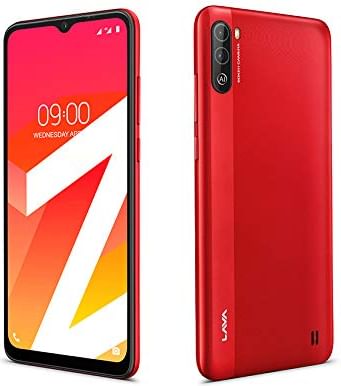 Lava Z2 price in India starts from ₹8,999. It is available at lowest price on Amazon in India as on Sep 30, 2022. Take a look at Lava Z2 detailed specifications and features. 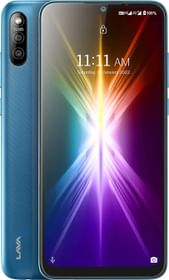 Lava Z2 comes with 13MP dual-rear cameras and an 8MP front camera. Under the hood, Lava Z2 houses a MediaTek Helio G35 chipset paired with 2GB of RAM and 32GB of internal storage, you can upgrade its RAM and ROM under the “Up MyZ” program. The smartphone is backed by a 5,000mAh battery with a Type C charging port. Let’s read more about Lava Z2 customizable phone and see what else it hides.

Lava Z2 is fitted with a 6.5-inch IPS display with a waterdrop notch. This HD+ screen comes with a resolution of 720x1600px in an aspect ratio of 20:9. Besides, the display has a pixel density of 263PPI and has a thick notch chin with narrow bezels. With the given details, the panel is expected to produce decent visuals. However, under direct sunlight, it may struggle to produce decent brightness.

Lava Z2 runs on the Android 10 operating system out of the box. It comes with a MediaTek Helio G35 octa-core processor embedded on a 12nm chip. The smartphone comes with 2GB of RAM. However, you can upgrade Lava Z2 RAM from its “Up MyZ” program. For rendering the graphic demands, it has PowerVR GE8320 GPU.

Lava Z2 doesn’t have any fingerprint sensor but supports face unlock. Other user-friendly sensors included on the phone are Accelerometer and Proximity. Lava Z2 comes with a big 5,000mAh Li-Po battery inside. The battery size is ample and is expected to get the attention of heavy users. Also, it comes with a battery saver mode and have 31-days of stand-by time, claims Lava. Judging upon the battery size, a full day of power backup is expected.

Lava Z2 comes with 32GB of internal storage option. As above mentioned you can upgrade its internal storage up to 128GB benefitting from Lava’s “Up MyZ” program. Also, the phone comes with an extra storage slot that makes up to 512GB of space using a micro-Sd card. This makes more room for videos, music, photos, documents, and other files.

Lava Z2 has hosts of connectivity options that are 3G, 4G, VoLTE that features HD voice calls and video calls on supported networks. It has Bluetooth 5 that boosts signal strength and stable connection, WiFi, and a USB Type C port for charging. For online navigational support, it has Google’s GPS with A-GPS.

How much is the battery capacity of Lava Z2?

What is the Indian price of Lava Z2 ?

When Lava Z2 is launching?

the integration of the Mediatek helio G35 is solid at this price range! would've competed really well with the Micromax IN 1b if it had the fingerprint sensor