76
Expert Rating
Good
Based on 8 Reviews
Positive:
4
Mixed:
1
Negative:
0
83
Smartprix
ASUS ZenFone AR Price, Review and Specifications
Asus Zenfone AR was unveiled along with the company's ZenFone 3 Zoom at the CES, 2017. The Zenphone is the world's first ever smartphone to support both the Google Tango AR platform as well the Google Daydream VR platform.

On the outside, the Zenfone AR looks like a customary phone save for the high-tech AR camera module on the rear. It 's quite a handful but still manageable. The weight is well balanced too. The plastic on the rear robs it of a premium flagship finish, though.

Running on the latest Android 7.0 Nougat, it has a mammoth 23MP rear camera with 3x optical zoom along with two separate depth and motion tracking sensors. Further, the ZenFone AR has an 8MP front camera with an 85-degree wide-angle lens.

The Zenfone AR India Price is 49,999 INR at the time of writing, which makes it a tad expensive. The AR and VR features of the phone work fine and should appeal to early adopters, but AR still isn't mainstream and thus it's not a priority for most people.read more →
89
GSM Arena
Asus Zenfone AR hands-on
Asus is one of few manufacturers which had more serious smartphone announcements at CES 2017. The most important thing you must know is the device is equipped with Tango, the Augmented Reality platform that adds an information layer on top of the physical surroundings in 3D using a set of cameras on the back.

Asus takes the technology a step further with support of Daydream, Google's Virtual Reality, which is built into Android Nougat.read more →
74
Engadget
ASUS ZenFone AR Review
ASUS's ZenFone AR is the second Tango phone on the market, and it's a big improvement for people itching to try augmented reality. It's markedly more powerful than last year's LenovoPhab2 Pro, it brings a much better camera, and is compact enough toactually fit in your pocket. Unfortunately, the ZenFone's weak battery and heavily skinned interface mean it's a tough sell for people who aren't already sold on Google's vision of the future.read more →
NA
TechRadar
Asus Zenfone AR review
The Asus Zenfone AR is a great demo for augmented reality and Daydream virtual reality, even if it shows AR is begging for more great apps. However, it’s a tough sell when the phone costs as much as a Galaxy S8 Plus but has a less striking design, no water resistance and less power. The Asus Zenfone AR is the first phone to be certified for both Google Tango and Daydream.

The Asus Zenfone AR has what it takes for good phone VR thanks to its high-resolution OLED screen.read more →
65
PhoneArena
Asus Zenfone AR Review
If you’re an Asus fan, we suggest waiting for the ZenFone 4 Pro to see if the problems found here are remedied in the company’s true flagship device. If AR is super important to you, then you can buy the ZenFone AR and know that you’ll have a decently performing phone with dreadful battery life, heating issues, and an inconsistent camera behind its marquee feature.read more →
Show More 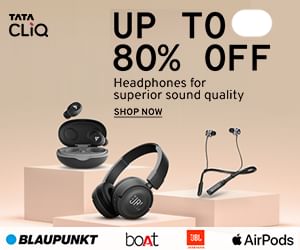