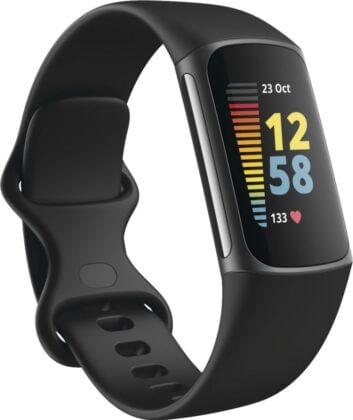 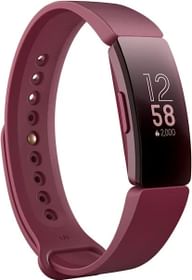 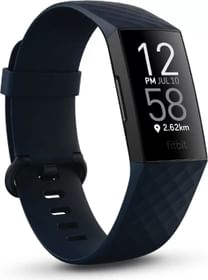 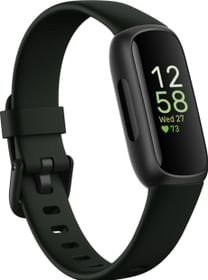 Here are the full details of the Fitbit Charge 5 Fitness band with the latest price in India. The band appears as a successor to the Fitbit charge 4 and offers improved performance. As for the features, the fitness wearable brings notable sensors like a Skin temperature sensor together with an EDA sensor (Electrodermal Activity). Besides, you get an AMOLED touch screen, 7-days of battery life, Water-resistant design, and GPS, etc.

Fitbit Charge 5 Fitness band appears with a slim body that is made up of Aluminum, Glass, and Resin. Also, it brings soft-silicone removable straps available in Black, Lunar White, and Steel Blue/Platinum stainless steel color options. Compared to the previous version Charge 4, this one band is 10% slimmer.

The fitness wearable carries a 1.4-inch AMOLED touchscreen with an Always-On Display feature. As for better durability, the screen comes protected with a layer of Gorilla Glass 3. Considering the given details you get a decent display for daily usage.

The smart fitness band brings regular features such as music playback control, Active notifications alert for incoming calls/texts, weather updates, stopwatch, etc. As for tracking, the band has an activity tracker that can also measure calorie burn, step counts, and other workout details. Besides, the watch is water-resistant up to 50m.

Fitbit Charge 5 Fitness wearable brings a range of notable sensors like a Skin temperature sensor followed by an EDA sensor (Electrodermal Activity). Also, you get a 24/7 heart-rate monitor together with a SpO2 tracker for checking blood oxygen levels.

Fitbit Charge 5 Fitness band can deliver up to 7-days of battery life on normal usage, claims Fitbit. While it takes around 2-hrs to fully charged the band. However, continuous GPS tracking alongside active SpO2 and AOD can affect the battery performance.

The fitness tracker connectivity options are Bluetooth with up to 10-meters of wireless range and GPS for live location tracking. Besides, the device is compatible with Android 6.0 and above and iOS 9.0 and above.

Write a Review
4.1
757 ratings
Be the first to write a review
WRITE A REVIEW → 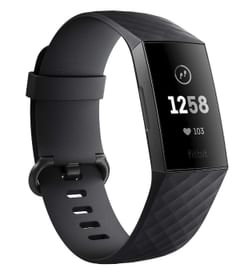