Will OnePlus 8T settle for a lower price than the 8?

The T series from OnePlus is about to deliver a new phone named OnePlus 8T. Sticking to tradition, it will go on sale via Amazon and as such, a dedicated microsite is already up and about. The eCommerce site reveals the phone will be out in an 8GB model along with 5G capability.

And in true OnePlus fashion, the promotions have begun. The brand has invited its audience for the OnePlus 8T 5G launch live on October 14 from 7:30 PM IST. But, this time around, it is using a new marketing slogan — “Ultra Stops At Nothing”. Okay, but what does that mean?

It sounds a lot like the long-tooted catchphrase — Never Settle, which as per the company co-founder Carl Pei means getting the most value for one’s money. To offer this, the brand cherry-picks the best choices applicable to the majority of users.

ALSO READ: Mi Band 5 to launch in India via Amazon on September 29

When the company kicked off its journey in 2014 with the CyanogenMod wielding OnePlus One, this was very much true. At a starting price of Rs. 21,999, the 1+1 provided unprecedented value and came to be known as the Flagship Killer. For a long time since then, the brand was seen synonymous with that title.

But, largely unbeknownst to the masses and evoking mere chatter amid critics, the brand did slyly increase the prices of its phones year-on-year. Lately, this attracted some heat when the OnePlus 8 series’ prices were announced.

The base variant of OnePlus 8 Pro had launched in India at Rs. 54,999 whilst the regular 8 clocked at Rs. 41,999. These were less than the global prices, but still a leap from the Rs 37,999 sticker on the OnePlus 7T. And if rumors and leaks to be believed, we are likely to witness yet another price bump with the 8T.

First of all, a recent tip from a fellow named Chun via Twitter, the OnePlus 8T will be around 799€ for the 8+128GB variant in Europe. He also mentions there will be a 12+256GB model at 899€. But, as you can see in the following tweet of his, he isn’t entirely sure. So, do take the figures with a pinch of salt. Needless to say, most of the specs shared hereafter are scoured from the rumor mill. And it’s better to be apprehensive.

The reason for suspicion is the newly surfaced Amazon listing, which hints the price could be lower than that of OnePlus 8. If this proves to be true, OnePlus will possibly win back some of its critics. The same critics who were bothered by the OnePlus 8 Pro’s pricey tag.

2020 has been a good year for OnePlus, despite several hiccups. On one hand, it was the leading premium smartphone seller in India (Q2), its largest market, thanks to the OnePlus 8 series, as well as, discounted 7T and low-tiered Nord. But, it also faced bad press for settling with the flagship-y 8 Pro, its faulty display issues and an IR camera folly, lackluster 8, and the OxygenOS’s deviation from vanilla Android.

So, let’s see how OnePlus pulls off the 8T. We can’t help but be slightly intrigued with the Ultra Stops At Nothing hashtag. Are you? Tell us down in the comments. And while you’re at it, share your views on how much price of the upcoming 8T would affect your purchase decision? And conversely, if OnePlus continues the price trajectory, how long before do you think the Never Settle lingo looses all its meaning?

If you are eager to know what the phone’s likely to pack up its sleeve, here are the expected specs:

It’s that time of the year when OnePlus’ hype building machinery gets into action for the ‘T’ version launch. This year its will be the OnePlus 8T. A few days after OnePlus 8T image was spotted in Android 11 developer preview, a fresh report has surfaced revealing key details of OnePlus 8T. An Android Central …

Why should you not buy the OnePlus 8T smartphone despite its price being reduced to Rs.28,999 in India: Know the Reasons

OnePlus launched the 8T smartphone in 2020 and two years later, the price of the smartphone has been reduced to Rs.28,999 in the country. The smartphone comes with specs that are still relevant but there are still apprehensions about whether it should be purchased in today’s day or not. ALSO READ: ONDC Explained: What is …

OnePlus 11 and OnePlus 11R price range tipped, here’s how much it could cost you

OnePlus 11 and OnePlus 11R launch is not far away as OnePlus has reserved 7th February 2023 for their global launch. As OnePkus hype creation machinery started teasing spree, a new tip has claimed to reveal the prices of both these phones. If claim by Twitter user Yogesh Brar is to be believed, the OnePlus … 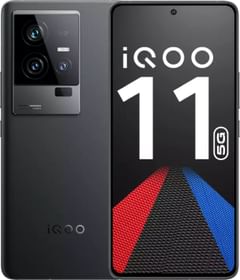 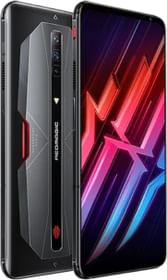