OnePlus 6T owner Shashank Shekhar, a 24-year-old resident of Delhi, must be on cloud nine right now. Well anyone would have been if s/he had just won 600 gifts. OnePlus India in partnership with Amazon India announced its OnePlus Lucky Star Campaign which was held between November 30 and December 2. In this campaign, they promised that whoever purchased a OnePlus 6T within this time frame was eligible for winning 600 gifts from OnePlus and Amazon. The shortlisted candidate will have to answer a question put forward by the company and upon successfully answering it, he/she would win the gifts.

Now, OnePlus has revealed the winner of the OnePlus lucky Star contest and it is Shashank Sekhar, a 24-year-old resident of Delhi. He was handed over the gift pack containing 600 gifts by OnePlus India’s Managing Director, Vikas Agarwal. The package contained 600 gifts of price ranging from Rs.100 to Rs. 80,000.

All these gift items were chosen from across the 35 categories of products available on Amazon India. They include products such as gaming consoles, laptops, furniture, large appliances, musical instruments, kitchen equipment etc.

OnePlus executive stated “We congratulate Shashank on this win and personally, it’s been a very unique and exciting experience delivering 600 gifts today”

This contest turned out to be profitable even to OnePlus as they claim to have recorded 3X growth in their sales during the period of the campaign.

OnePlus has just announced the launch date of its much-hyped upcoming flagship – the OnePlus 6T. The launch event will happen at the KDJW Stadium, inside Indira Gandhi Sports Complex, New Delhi at 8:30 pm on 30th October 2018. OnePlus has been marketing the new phone with the tagline “Unlock the Speed”.This phone is going …

OnePlus is gearing up to launch its next flagship OnePlus 6T on October 16th. From credible leaks and official reveals, we already know that the next OnePlus will have a waterdrop notch, an in-display fingerprint sensor, and will ditch the 3.5mm Audio Jack. OnePlus claims to have ditched the jack to free up space for …

While the telco giants in India are busy setting up their 5G networks, Jio is on another kind of spree. Not only is the telco winning the 5G setup race, but also it is offering new prepaid plans for the 4G customers. Recently, Jio has launched two new plans, including Rs 899 and Rs 349, … 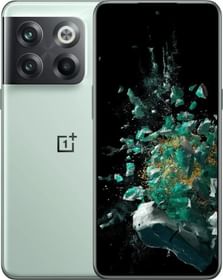