Each of these devices differs in terms of their value offering. Let us have a look at each one of them individually.

This is currently the top model launched in the Moto G Series. It is powered by Qualcomm Snapdragon 888+ chipset with 8GB LPDDR5 RAM and 128/256 GB UFS 3.1 internal storage capacity.

It sports a 6.8-inch LCD panel with a 144Hz refresh rate and HDR10 Certification that supports DCI-P3 color space. One of the major upgrades is in the camera department wherein there’s a 108MP primary sensor that boasts of 2.1μm effective pixel size when using 9-in-1 binning and 8K video capture. There’s also a 13MP ultrawide angle camera with autofocus, which doubles as both depth and macro sensors. For selfies, there is a 16MP front camera.

Moto G200 5G features a 5000mAh battery with 33W fast charging support (that claims to give a full day’s battery life with 15 minutes of charging). The smartphone is made of plastic with metallic paint on the frame and a matte finish for the back. Moto G200 has IP52 water resistance.

Moto G200 5G will be available in Europe and Latin American markets for around €450.

ALSO READ: Apple ‘Self Service Repair’ allows users to repair iPhones & MacBooks on their own

Moto G71 5G is a compact offering than the top model with a 6.4-inch OLED display, 1080p+60Hz refresh rate, and Dolby Atmos technology.

It features a Snapdragon 695 SoC with an 8GB RAM version in India and 128GB internal storage capacity along with a microSD card slot. In the camera department, the smartphone has a 50MP main camera, an 8MP ultrawide sensor, and a 2MP macro lens on the back. It records video at 1080p/60fps.

The smartphone will be available in Europe for €300 in a few weeks and will later come to select markets in India, Latin America, and the Middle East.

This is the 3rd in line with the top-end smartphones of the Moto G Series and thus it is a mixture of G200 and G71. It is powered by Snapdragon 480+ SoC and has 64/128GB of internal storage options.

Moto G51 offers 5G connectivity and has Dolby Atmos support too. There is a 6.8-inch display with a 120Hz refresh rate and IP52 rating for water resistance.

G51 has a triple camera setup with a 50MP main camera, an 8MP ultrawide lens, and a 2MP macro sensor. The smartphone packs a 5000mAh battery under the hood with 10W fast charging support.

G51 will launch in Europe first followed by India, Latin America, the Middle East, and Asia. It will be priced at around €230.

The difference is that this smartphone doesn’t have 5G connectivity and is powered by an Helio G85 chipset. G41 has 4GB/6GB RAM paired with 64/128GB internal storage and a micro SD slot too.

There is a 48MP main camera sensor with OIS and an 8MP ultrawide sensor along with 1080p/30fps video recording. G41 has support for Dolby Atmos and an IPX2 rating too.

It carries a 5000mAh battery with 30W fast charging.

ALSO READ: Oppo Reno 7 and 7 Pro live photos appear ahead of the launch

It will be available in Europe followed by Latin America and the Middle East for €250.

Last but not least G31 is the most inexpensive smartphone of G Series, Moto G31. G31 sports a 6.4-inch OLED display with a 60Hz refresh rate and 1080p+ resolution. It is powered by an Helio G85 chipset combined with 4GB RAM and 64/128GB storage options.

The smartphone is IPX2 rated and packs a 5000mAh battery under the hood with 10W support for fast charging. There is a 50MP main camera, 8MP ultrawide camera, and video recording at 1080p/30fps.

The smartphone is priced at €200 and like all others, it will be available in Europe first. G31 is expected to come to Indian, Latin American, Middle East, and Asian markets in the future.

Motorola has launched a new mid-range smartphone in the country today named Moto G 5G. The 5G prowess is thanks to a Snapdragon 750G chipset inside. The company claims this will be the most affordable 5G handset available in the Indian market. Other highlights include a 6.7-inch HDR10 compliant display, 48MP quad pixel rear camera, … 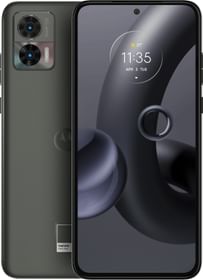 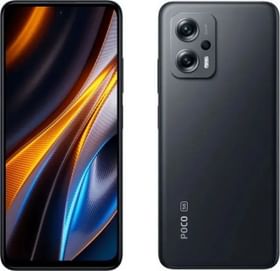