Lenovo To Pull the plug for ZUK sub-brand, All Future Phone To carry Lenovo Moto Branding

Lenovo crowd source ideology-based sub-brand Zuk seems to have been given a death sentence by the Lenovo, at least that’s what latest reports suggest. The sensational report is based on Analyst Pan Jiutang comments on the Chinese microblogging website Weibo.

As per the web post spotted by GizChina, A user that goes by the name of @OldCool claimed that there will be no ZUK Z3 model. Renowned Analyst Pan Jiutang than replied on the same post to reaffirm these claims.

Lenovo has already announced its plans to brand all of its upcoming smartphones under one umbrella of Lenovo Moto after it faced difficulty in maintaining its margins. The Zuk mobile came into existence in 2015 and in its short lifespan, it managed to push 4 smartphones in China. The sub-brand is not entirely unknown to Indians as a couple of Zuk origin handsets – ZUK Z1 and the Lenovo Z2 Plus – did lanch in India.

Even though, the parent company devices to quash Zuk sub-brand, it has plans to retain Zuk UI in future Moto smartphones. Lenovo’s vice-president Alex Chen Yu a few days back suggested that rumored Moto E and Moto C phones could be based on ZUI instead of near Stock UI which we have become accustomed to seeing in Moto phones. It is yet to be seen whether this move is for China or it will be implemented globally.

Also Read: Reasons To Buy And To Not Buy The Moto G5

Lenovo unveils IdeaPad Slim 5 Pro in India; Here’s what you need to know about it

Lenovo has finally brought the ThinkPad X1 Fold to India, which happens to be the world’s first foldable PC. The centerpiece of the device is its folding design which proposes a bigger yet portable canvas. It sports a flexible 2K OLED panel laid on top of a specially engineered mechanical hinge. Prop up the bundled …

Nothing might soon have an official sub-brand ‘Particles by XO’: The first product to be a TWS

Carl Pei’s Nothing is just 3 products old and it seems like the brand is all set to officially announce its sub-brand named ‘Particles by XO’. The company launched its first-ever smartphone Nothing Phone 1 in July 2022 post which it launched its 2nd TWS Nothing Ear Stick. Now, the brand seems to be working … 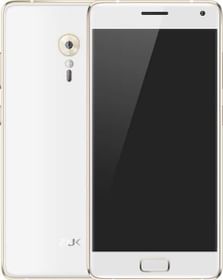