What’s the biggest takeaway in 2016 in the mobile world? Many would say it’s the evolution of dual camera technology. With more and more smartphone manufacturer embracing this dual rear camera setup LeEco doesn’t want to be left too far behind. The Chinese content pioneer company is prepping up to introduce its second dual-camera smartphone, the Le X850 (aka Le Max3), which recently examined at Chinese certification authority TENAA.

The phone also packs a 16-megapixel front camera which should manage to capture decent self-portraits. As you can see in the images above, the rear camera module bears striking resemblance to what we recently saw on Moto Z and looks hideous to us, perhaps due to the mismatched Rose Gold exterior.

As far as other specification goes, the phone houses a 5.7-inch Quad-HD screen. The phone reportedly runs on Qualcomm’s Snapdragon 821 quad-core chipset.  There is no shortage of memory spaces as it has 4GB RAM and 64GB internal storage.

TENNA site also reveals that the Le X850 will likely feature dual-SIM slot with 4G VoLTE support. The good old 3.5mm headphone jack will be missing and the company will adhere to its proprietary USB Type-C based CDLA audio technology.

The phone is likely to be aided by a non-removable 3900mAh battery which is sealed within the slim 7.9mm shell. The phone will weigh around 185 gram which is slightly on the higher side.

Its maker has so far refrained from making any official announcement regarding the Le X850. What will be really interesting on this phone is to see how LeEco uses the dual rear camera setup. Whether it takes a leaf out of Huawei book or takes its inspiration from the Apple, whom it likes to mock at its launch events.

Also read: Vivo X9 And X9 Plus Will Have Dual Cameras On Both Front And Rear

Xiaomi’s highly successful Redmi series is up for renewal once again and the company has sent their upcoming smartphones for TENAA certification. These new devices donning the codenames M1901F7E, M1901F7T, M19017FC have surfaced on the Chinese certification site and going by the looks and what little we know about the specifications, these new handsets are most likely …

Looks like a Chinese smartphone maker is cooking up models for the upcoming launch at the China Mobile Global Partner Conference on November 3rd. There’s a rife that the smartphone maker is likely to showcase Realme 10 5G and Realme 10 Pro+ 5G as both the devices with codename RMX3663 and RMX3687 have appeared on …

Realme is planning to release the Realme GT Neo 5 pretty soon in the Chinese market. The smartphone will debut in the market with the latest 240W fast charging tech of Realme. In the past, the device visited multiple certification websites revealing what we can get to see in the successor of the Realme GT …

Xiaomi 13 series is all set to make its global debut in the Mobile World Congress (MWC) 2023 edition. Teh lineup will consist of two smartphones – Xiaomi 13 and Xiaomi 13 Pro. Amidst all this, the Pro variant from the series has visited the BIS certification website which hints towards the India launch of … 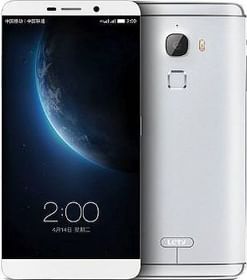